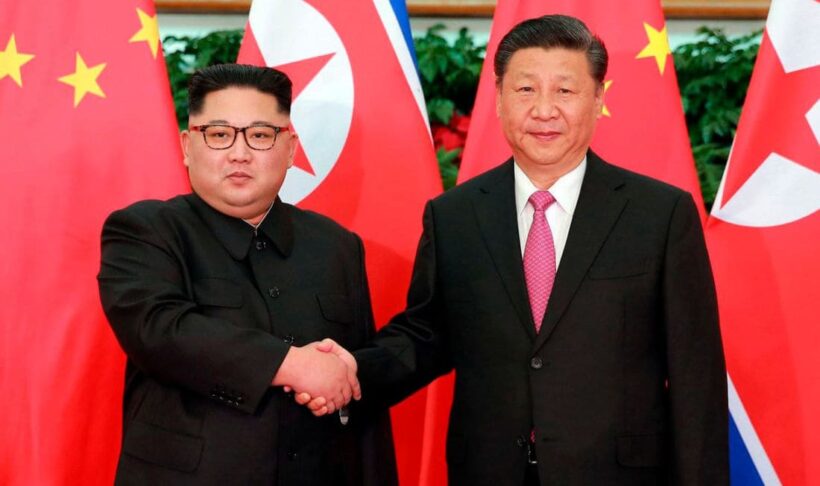 In a clear signal to the US President, North Korea’s leader Kim Jong Un has welcomed the Chinese President Xi Jinping in a grand parade.

Kim Jong Un and China’s President agreed that amid “serious and complicated” international affairs, strengthening bilateral ties was good for both countries and regional peace, according to North Korean state media. Xi arrived in Pyongyang yesterday for a two-day visit aimed at bolstering their neighbour who remains under pressure from UN sanctions over its nuclear and missile programs and a breakdown in denuclearisation talks with the US.

The visit, the first by a Chinese leader in 14 years, comes a week before Xi and US President Donald Trump meet at the G20 summit in Osaka amid the ongoing trade negotiations.

Kim said Xi’s visit, which may see China bring fresh support for North Korea’s floundering, sanctions-bound economy, was “crucial” to show the world the unchanging friendship between the two countries, KCNA said. China is the North’s only major ally.

Xi said Beijing and Pyongyang agreed that a political settlement of the Korean Peninsula’s nuclear issue has been “an inevitable trend,” and that they need to continue to stick to peace talks, according to China’s Xinhua news outlet. The two leaders agreed to have close strategic communication and deepen cooperation in various fields, KCNA said.

At last night’s dinner banquet, Xi announced China firmly supported Kim seeking a political solution to the Korean Peninsula issue and the establishment of a great environment for self-development via “a new strategic route”, according to KCNA. 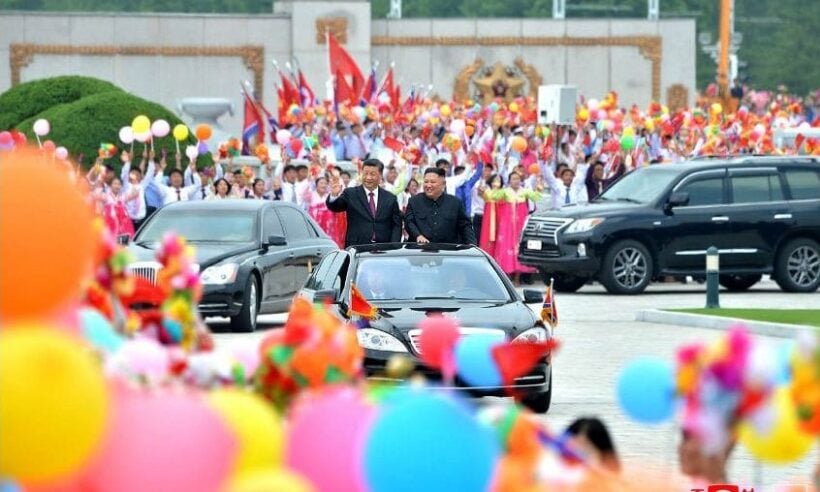