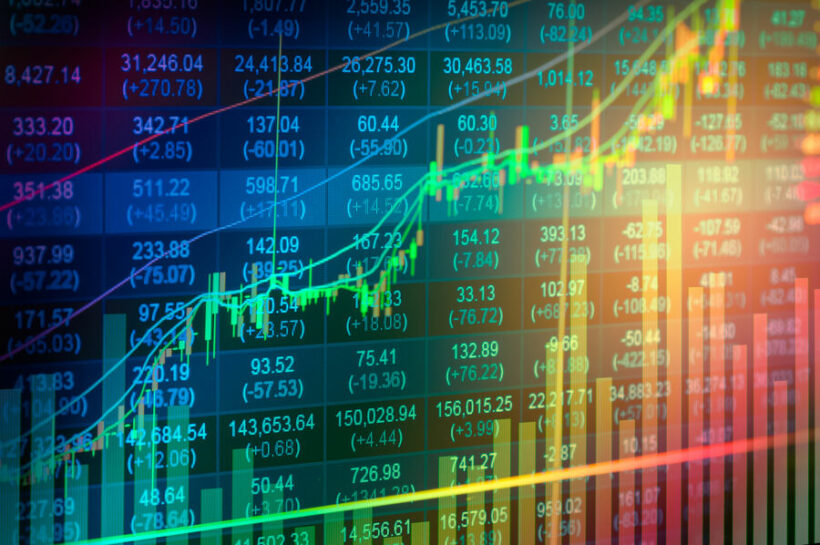 A graphic showing the Stock Exchange of Thailand. Credit: SCB

Asia markets ticked higher at opening on Friday, encouraged by a rebound of the US stock market, after Russia was struck with a flurry of international sanctions.

US President Joe Biden has announced a new round of sanctions against Russia, crippling its ability to conduct business in major currencies.

Many indexes were in the green on Friday morning, including Tokyo’s Nikkei 225 index, which opened 0.9% higher, the BBC reported.

Global shares fell sharply on Thursday, in response to Russia’s invasion of Ukraine, before Biden announced the new sanctions and markets bounced back.

The Dow Jones dropped almost 2% in early trading, but a late rally saw it close 0.3% higher.

Oil prices also dropped slightly after peaking past US$100 a barrel — the highest level in more than 7 years.

Analysts are concerned that the sanctions could restrict supplies, increasing prices globally.

Europe gets almost a third of its oil and around 40% of its gas from Russia, much of which flows through pipelines across Ukraine, according to the BBC.

China relies less heavily on Russia, importing just 14% of its oil and gas from its northern neighbour.

Deutsche Bank economists predict that Europe could fall into recession, if oil prices were to rise 50%.

Such a crisis would also effect the US and send shock waves across countries in Asia.

DoUKnowWhoIAm
Russian stockmarket was down like 40%, any dip buyers outhere?