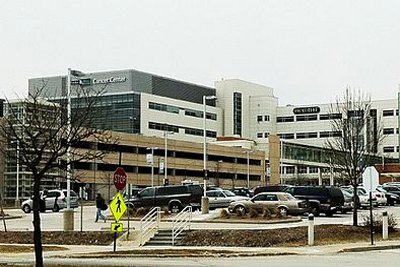 PHUKET: Another mass shooting has taken place in the U.S., this time at the Sikh Temple of Wisconsin, a ‘gurdwara’ located in the township of Oak Creek.

A lone gunman opened fire yesterday morning, killing six people and wounding at least three others. He was killed by responding police officers. Seven people, including the gunman, died at the scene; others were transported to a local hospital.

Following emergency calls at around 10:25am, two policemen responded. Upon arrival, they engaged and killed a single gunman.

Four people were dead inside the temple, and three, including the gunman, died outside it. Three adult males were transported to Froedtert Hospital, including one of the responding officers. Law enforcement initially recovered two handguns from the scene. The deceased suspect’s neighbors described him as a young, white male, who had just moved to the neighborhood.

The eyewitnesses offered conflicting stories of the attack as several of them initially said that there was more than one gunman involved. Bradley Wendtlandt, the police chief of nearby Greenfield, said that despite these reports, police had “not identified any other gunmen”. Temple officials reported seeing suspicious individuals in the days prior to the incident.

The Joint Terrorism Task Force investigated the site, and police are treating the incident as an act of domestic terrorism. The FBI have taken charge of the investigation. Police evacuated neighbors of a suspect from the area of Cudahy, a city in Milwaukee County, with the FBI on-scene, due to possible explosives.

U.S. President Barack Obama issued a statement, in which he offered his condolences to the families of the victims, and promised his administration’s support to responding officials, and re-affirmed support for the Sikh community in the U.S., “who are a part of our broader American family”.

Wisconsin Governor Scott Walker also issued a statement expressing deep sympathy for the victims and a request that people join him in prayer for the victims, their families, law enforcement, and first responders.

PHUKET: Two F-16 fighter jets intercepted a small airplane near Washington, D.C. on Saturday after the pilot failed to respond to radio communications, military officials said yesterday. The aircraft was later allowed to proceed when contact was established.

Two F-16 fighter jets, under the direction of the North American Aerospace Defense Command, immediately responded and intercepted the small plane. “Following the intercept the aircraft re-established radio communications with air traffic control and was allowed to proceed to its destination,” NORAD said in a brief statement, giving no other details.

NORAD is tasked to prevent air attacks against North America and safeguard the sovereign airspaces of both the United States and Canada by responding to unauthorized air activity in or near these spaces. The organization is allowed to monitor, shadow, divert from flight path, direct to land and even destroy targets which are deemed to be a security threat to North America.

Last month, two Canadian CF-18 fighter jets intercepted a Sunwing Airlines Boeing 767-300 near Quebec City after the plane failed to respond to radio communications. The fighter jets were able to assist the aircraft in re-establishing radio communications with air traffic control, and the airliner proceeded without incident to its destination. It was on a flight from Paris to Toronto.

PHUKET: Police in Southern California believe they have identified a serial killer who may have killed at least four women, and possibly more, between 1980 and 2000, investigators announced on Friday. The suspect died in police custody in January 2008.

Two decades later, on August 11, 2000, 45-year-old Vanessa Williams was found naked and strangled to death in a vacant field in Pomona, about 28 miles (45 kilometers) east of Los Angeles. Two months later, 27-year-old Christine Fields was found strangled to death in a field in Riverside County, although she lived in Pomona and investigators believe she was not killed in the field.

In July 2007, investigators linked the murders of Smith, Williams, and Fields based on DNA evidence. They also found a person of interest when they discovered the case of a woman who was assaulted and bound in a similar manner as Smith and McClinton. The woman survived the November 1980 attack and identified Los Angeles resident Larry D. Hubbard as the attacker. He was arrested at the time and charged with false imprisonment.

Just two months before the new developments in 2007, Hubbard was arrested by police in Ontario, California, for an outstanding Florida escape warrant, stemming from a 1974 robbery conviction. Hubbard had escaped the Florida prison in 1977 and then moved to California, where he lived in Los Angeles and Pomona until he was arrested while at work in San Bernardino.

But before investigators identified Hubbard as a person of interest in the serial murders, he attempted to hang himself on June 23, 2007, while being extradited to Florida. He initially survived the suicide attempt but died of complications from his self-inflicted injuries on January 13, 2008.

Before he died, detectives requested and used a biological sample from Hubbard to compare it to evidence from the Smith case. Detectives were notified on June 22, 2012, that Hubbard’s DNA profile matched a partial DNA profile which was developed from a sexual assault kit in Smith’s case.

Investigators believe Hubbard may be responsible for more murders that have gone undetected over the three decades and are asking the public for help.