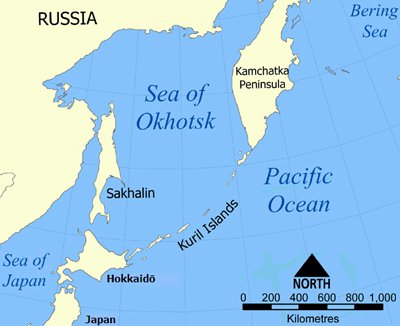 Nearly a dozen more bodies were found on Monday after an oil rig sank in southeastern Russia on Sunday, local media reported on Tuesday. Dozens more remain missing and are feared to have been killed.

The Kolskaya drilling rig sank in the Sea of Okhotsk, some 3,800 miles northeast of Phuket, Thailand while it was being towed by the ‘Neftegaz 55’ tugboat, which was being led by the Magadan icebreaker from the Kamchatka Peninsula to Sakhalin Island.

According to a spokesman for the rescuers, eleven more bodies were recovered on Monday, raising the confirmed death toll to 16. A total of 14 people were earlier rescued, while 37 others remain missing and are presumed to have drowned.

The port of Murmansk has been identified as the owner of the Arctic sea oil and gas prospecting company, which operates the Kolskaya drilling rig. Investigators believe that safety regulations regarding towing operations may have been violated or ignored even though a severe storm affected the area at the time.

One person was killed on early Tuesday morning when a large helicopter crashed in western Siberia, federal aviation officials said. Several others were injured.

The accident happened at around 08:34 GMT when the Mi-26T helicopter crashed near an oil plant in the Khanty-Mansi Autonomous region, which is located in western Siberia. A total of six crew members were on board the aircraft, which was transporting freight.

The Federal Air Transport Agency said the helicopter was preparing to land when it went into an uncontrollable spin and crashed into the ground before it caught fire. The cause of the accident was not immediately clear, officials from the agency said.

A flight engineer, who was identified as Igor Eroshkin, was killed in the accident. Several other people were injured, but they were not believed to be in a life-threatening condition, according to the Nefteyugansk United Air Group, the aircraft’s operator.

The Mi-26 is the world’s largest and most powerful helicopter to have ever gone into production. It is used for both military and civilian purposes and has a capacity to carry up to 95 people.