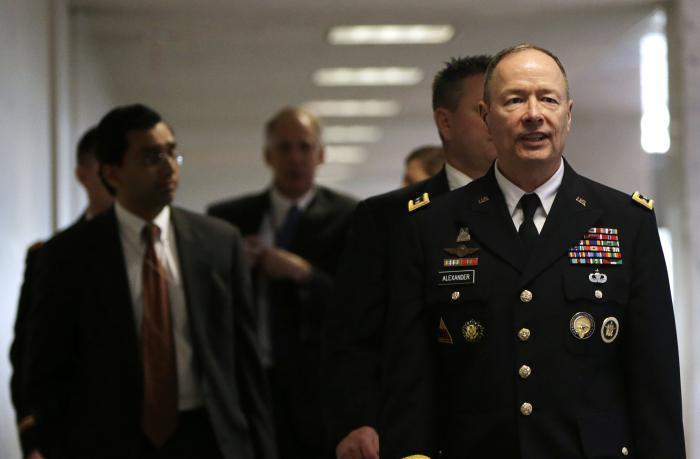 PHUKET: The Obama administration on Thursday announced details of its plan to end the government’s vast bulk collection of data about phone calls made in the United States, including new procedures to get judicial approval before asking companies for such records.

Under the plan, phone companies would have to provide data from their records quickly and in a usable format when requested by the government, a senior administration official told reporters on condition of anonymity.

The plan would also allow the government to seek such data without a court order in a national security emergency. But some U.S. officials who examined the president’s proposals said they left important issues unresolved.

Under the Administration’s plan, instead of telephone metadata being collected and stored in bulk from telephone companies by the National Security Agency, companies themselves would hold the data and be required to respond to specific, court-approved queries about it from the NSA.

However, officials familiar with current laws and regulations governing how telephone companies handle such data said that Obama’s plan raises, but does not answer, significant practical questions about how companies would collect and store such data.

In a statement outlining his plan, President Barack Obama nonetheless insisted, “I am confident that this approach can provide our intelligence and law enforcement professionals the information they need to keep us safe while addressing the legitimate privacy concerns that have been raised,” President Barack Obama said in a statement about the plan.

Some key aspects of Obama’s plan will need Congressional approval. Congressional officials said the Administration had not yet sent to Capitol Hill its proposed legislative language.

The U.S. government began collecting so-called telephone metadata, most controversially including the metadata of calls made within the United States, shortly after the September 11, 2001, attacks on the United States, under part of the Patriot Act known as Section 215.

Metadata consists of a record of which phone numbers call which other numbers, when calls were made and how long they last. It does not include the calls’ content.

The existing program’s defenders have claimed intelligence agencies can use the data to find connections between people plotting attacks overseas and co-conspirators inside the United States, while critics viewed it as an infringement of privacy rights.

Obama has been under pressure to rein in surveillance since former National Security Agency contractor Edward Snowden last year disclosed classified details about the breadth of the government’s intelligence gathering, sparking an international uproar.

A special review panel appointed by Obama to review the metadata collection program reported late last year that there was little evidence that it had led to a single major counter-terrorism breakthrough. Intelligence officials now refer to metadata collection as more of an “insurance policy” than a front-line spying tool.

Under Obama’s proposal, the secretive Foreign Intelligence Surveillance (FISA) Court would have to approve in advance all but emergency requests from intelligence agencies for gathering records associated with a specific phone number. After receiving such a request, phone companies could be required to turn over data associated with that number on an “ongoing and prospective” basis, a senior administration official said on a conference call.

Companies would be compelled to provide technical assistance to the government to query the records, and may be compensated in a way that is consistent with current procedures, the official said.

However, two U.S. officials familiar with the current program and relevant laws and regulations said that while current government regulations require telephone companies to store billing data for 18 months, the requirement does not necessarily spell out how they must store it. Some companies, a third official said, may well store such data on paper, making such records difficult to search quickly.

Obama’s plan does not address these details, and Administration officials did not immediately respond to requests for clarification from Reuters.

Because making some of its proposed changes in the metadata program are complicated, the administration said it would ask the FISA court to allow it to operate its existing program for at least another 90 days, as Congress weighs legislation.

“We would hope that the Congress would take something up very expeditiously,” an administration official said.

At least two proposals for ending bulk collection of phone data have already been unveiled by lawmakers.

In October, Patrick Leahy, the Democratic chairman of the Senate Judiciary Committee, and Jim Sensenbrenner, a House Republican, introduced a bill called the USA Freedom Act that would require the government to show a request for data was relevant to an ongoing investigation.

Privacy advocates, including the American Civil Liberties Union, have endorsed that bill, which they said more comprehensively addresses concerns about how the government collects and uses internet metadata.

“Our phone records are sensitive, but so are our financial records, internet information, email data. It reveals who we know, where we go, what we do, what we think and what we believe, and those sorts of records need just as much protection,” Michelle Richardson, the ACLU’s legislative counsel, told reporters.

That plan, decried by privacy advocates, would not require the government to first get court approval of a request for data. Instead, the court could order the data expunged if it was later found not to be linked to suspicious activity.

But Obama has been clear that “one of the main attributes” he wanted to see in the overhaul was requiring court approval before data requests are made, the senior administration official said, noting the government has been following that practise since January.