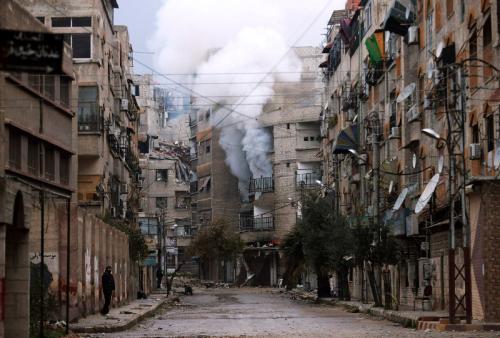 
Tsunami kills 7, destroys hundreds of houses in the Solomon Islands
Phuket Gazette / Wires
PHUKET: The major earthquake that struck near the Solomon Islands yesterday, triggered a tsunami that destroyed entire villages and claimed the lives of at least seven people, officials confirmed today.

The violent tremors were widely felt across nearby islands, where computer models suggest more than 14,000 people may have felt “very strong” to “severe” shaking. Another 26,000 people on islands near the epicenter may have experienced light to strong shaking, seismologists said.

The Pacific Tsunami Warning Center issued a tsunami warning for nearby countries within six minutes of the earthquake, although many residents on nearby islands already fled to higher grounds when they felt the tremors. The tsunami warning included the Solomon Islands, Vanuatu, Nauru, Papua New Guinea, Tuvalu, New Caledonia, Kosrae, Fiji, Kiribati, and Wallis and Futuna.

Most people were able to flee inland or to higher ground before the tsunami arrived, destroying hundreds of houses and sweeping fishing boats out to sea. “Our staff in Temotu province felt the quake and within five minutes there were a number of wave surges which flooded the runway there,” said Andrew Catford of humanitarian agency World Vision.

Jared Berends, who is the operations director for World Vision in the Solomon Islands, said it believes several villages were severely impacted by the tsunami. “World Vision is working to confirm the extent of damage and understand the immediate humanitarian needs,” he said.

The Solomon Times Online said seven people were confirmed to have been killed while an unknown number of others remain missing. It said at least 376 houses were destroyed, including 200 houses in Nea village alone and 100 houses in Venga village.

World Vision staff said Lata’s local airport and four surrounding villages with a total population of around 800 people were flooded by the tsunami. “I am currently walking through one community and I’m knee-deep in water,” said Jeremiah Tabua, World Vision’s emergency response coordinator in the Solomon Islands. “I can see a number of houses that have been swept away by the surge.”

The United Nations (UN) Office for Disaster Risk Reduction (UNISDR) said the tsunami may have seriously affected more than 5,000 people. But a number of remote areas had still not been heard from on early Thursday morning, and it is likely they received no warning.

“This latest disaster event underlines the vulnerability of all these small low-lying islands to sea level rise,” said Jerry Velasquez of UNISDR. “Many islands such as Vanuatu and Kiribati are already suffering from recurrent flooding. More action needs to be taken at the international level to increase their capacities to deal with what is now seen as inevitable.”

The West Coast and Alaska Tsunami Warning Center said a buoy observed a tsunami wave with a height of 1 meter (3.4 feet) above tide level near Lata Wharf in the Solomon Islands, but the waves which impacted land are likely to have been larger. Witnesses said the tsunami traveled up to 500 meters (546 yard) inland in some areas.

Tsunami watches were also issued for a number of other countries in the wider region, including New Zealand, American Samoa, Samoa, Australia, Indonesia, Guam, and Belau. Tsunami sirens were set off in New Zealand and people in coastal areas were being told to stay off beaches and out of the sea.

The Solomon Islands are on the so-called ‘Pacific Ring of Fire’, an arc of fault lines circling the Pacific Basin that is prone to frequent and large earthquakes. The Solomon Islands arc as a whole experiences a very high level of earthquake activity, and many tremors of magnitude 7 and larger have been recorded since the early decades of the twentieth century.

On April 2, 2007, an 8.1-magnitude earthquake struck close to the New Georgia Islands of the Solomon Islands. It unleashed a regional tsunami, killing 52 people and destroying more than 300 homes, schools and a hospital at Sasamunga. Two people were killed as a result of landslides, which were triggered by the earthquake.


Tunisian government dissolved after critic’s killing causes fury
Reuters / Phuket Gazette
PHUKET: Tunisia’s ruling Islamists dissolved the government and promised rapid elections in a bid to restore calm after the killing of an opposition leader sparked the biggest street protests since the revolution two years ago.

The prime minister’s announcement late on Wednesday that an interim cabinet of technocrats would replace his Islamist-led coalition came at the end of a day which had begun with the gunning down of Chokri Belaid, a left-wing lawyer with a modest political following but who spoke for many who fear religious radicals are stifling freedoms won in the first of the Arab Spring uprisings.

During the day, protesters battled police in the streets of the capital and other cities, including Sidi Bouzid, the birthplace of the Jasmine Revolution that toppled Zine al-Abidine Ben Ali in January 2011.

In Tunis, the crowd set fire to the headquarters of Ennahda, the moderate Islamist party which won the most seats in an legislative election 16 months ago.

Calls for a general strike on Thursday could bring more trouble though Belaid’s family said his funeral, another possible flashpoint, might not be held until Friday.

Prime Minister Hamdi Jebali of Ennahda spoke on television on Wednesday evening to declare that weeks of talks among the various political parties on reshaping the government had failed and that he would replace his entire cabinet with non-partisan technocrats until elections could be held as soon as possible.

It followed weeks of deadlock in the three-party coalition. The small, secular Congress for the Republic, whose leader Moncef Marzouki has served as Tunisia’s president, threatened to withdraw unless Ennahda replaced some of its ministers.

Wednesday’s events, in which the Interior Ministry said one police officer was killed, appeared to have moved Jebali, who will stay on as premier, to take action.

“After the failure of negotiations between parties on a cabinet reshuffle, I have decided to form a small technocrat government,” he said.


South African 17-year-old dies of gang rape injuries
Reuters / Phuket Gazette
PHUKET: A 17-year-old South African girl has died of injuries received in a gang rape at the weekend, provoking rare cries of outrage on Wednesday in a country with a high level of sexual violence.

In an echo of the gang rape and murder of a 23-year-old student on a New Delhi bus in December, the Cape Town-based Cape Argus newspaper said the victim was sliced open from her stomach to her geni