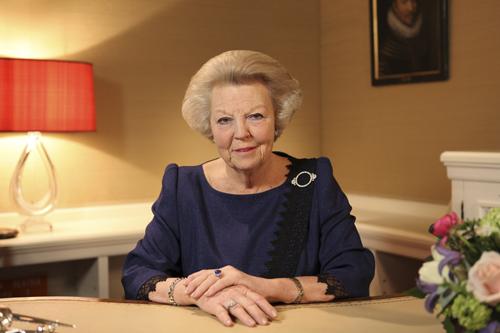 PHUKET: Dutch Queen Beatrix announced that she will abdicate on Queen’s Day in April after more than three decades as head of state, allowing her eldest son Willem-Alexander to become the kingdom’s first king in more than a century.

The announcement, recorded yesterday afternoon and later broadcast on both radio and television, followed years of speculation that Beatrix planned to abdicate the throne and allow her eldest son to take over. She confirmed in the speech that she had been considering to abdicate for a number of years.

“I have always considered it as an exceptional privilege to use a large part of my life to serve our country,” she said. “To this day, this beautiful task has given me great satisfaction. It is inspiring to feel involved with people, to show compassion and to share in times of joy and national pride.”

Beatrix, noting that this year marks the 200th anniversary of the collapse of the French Empire which rang in a new era for the Kingdom of the Netherlands, said she chose to abdicate this year to allow a new generation to take over. “(I am abdicating) from the conviction that the responsibility for our country must now be in the hands of a new generation,” she said.

The abdication is scheduled to take place at the Royal Palace in Amsterdam on April 30, which traditionally marks the annual Queen’s Day celebration. It will be followed by the inauguration of Willem-Alexander at the Nieuwe Kerk (New Church) near the royal palace in Amsterdam a short time later.

Willem-Alexander, 45, will be the kingdom’s first king since William III, who ruled the Netherlands from 1849 until 1890. His wife Maxima will become queen consort, unlike the husbands of Beatrix and Queen Juliana who never became king but instead held the title of prince-consort.

Dutch Prime Minister Mark Rutte praised Beatrix, who turns 75 this week, for her work as queen. “Queen Beatrix was always there,” he said. “She was there on festive occasions, during the celebration of successes in sports and cultural highlights. But she was also and especially there during difficult moments.”

The Netherlands suffered a number of disasters since Beatrix assumed the throne in April 1980. A total of 43 people were killed in October 1992 when a large cargo plane crashed into an apartment building in Amsterdam and 23 people were killed and nearly 950 others were injured in May 2000 when a massive fireworks explosion devastated a neighborhood in the city of Enschede.

But tragedy struck close in Apeldoorn on Queen’s Day 2009 when a man drove his car into a parade which included Queen Beatrix, Prince Willem-Alexander and other members of the royal family. The attacker killed seven people and injured several others but missed a bus carrying the royal family.

“Her moving words immediately after the horrific attack in Apeldoorn will be forever etched in our collective memory,” Rutte said.

But the last year of her reign will be remembered as being marked by personal tragedy. Prince Johan Friso, the second son of Beatrix, has remained in a coma after being critically injured in an avalanche in western Austria in February 2012. Doctors said oxygen deprivation caused extensive damage to his brain, leaving him in a coma from which he may never come out.

Queen Beatrix, who will take the title of princess, said Crown Prince Willem-Alexander and Princess Maxima are “fully prepared” for their future task. “They will serve our country with dedication, faithfully maintain the constitution and with all their talents give their own substance to the kingship.”

World News: Crack down on nightclubs after deadly fire