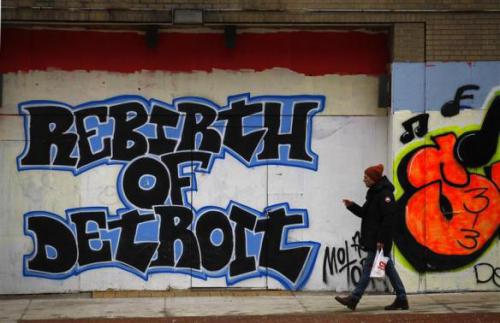 
Ukraine protesters threaten tighter blockade over spurned EU pact
Reuters / Phuket Gazette
PHUKET: Ukraine’s government faced a tightening blockade of key buildings by protesters in the capital Kiev on Wednesday amid a crisis over its rejection of closer ties with the European Union that has piled pressure on the creaking economy.

Protesters threatened to extend their blockade to the office of President Viktor Yanukovich, who flew to China on Tuesday leaving behind a country in turmoil over his government’s decision last month to spurn a landmark EU trade accord.

The crisis has exposed once more the East-West tug-of-war playing out in Ukraine, which has oscillated between the EU and former Soviet master Moscow since the 2004-5 Orange Revolution overthrew the post-Soviet political order.

Yanukovich’s prime minister, Mykola Azarov, said his cabinet would hold its weekly meeting on Wednesday in the government building, paving the way for a possible showdown with the protesters, who have blocked the entrances since Monday.

Azarov’s government survived an opposition bid to topple it in parliament on Tuesday, but won little relief.

International markets kept up the pressure, driving the cost of insuring Ukrainian debt against default to a level not seen since January 2010. Ukraine faces gas bills and debt repayments next year of more than $17 billion.

Azarov, striking a conciliatory tone, apologised for the police’s use of force against protesters at the weekend and implored opposition leaders not to try a repeat of 2004-5, when mass protests overturned a fraudulent election won by Yanukovich.

Addressing parliament in Russian, Azarov faced a barrage of catcalls from opposition lawmakers who draw their support from the country’s Ukrainian-speaking West.

The United States weighed into the crisis on Tuesday.

“We urge the Ukrainian government to listen to the voices of its people who want to live in freedom and in opportunity and prosperity,” Secretary of State John Kerry said in Brussels.

“We urge all sides to conduct themselves peacefully. Violence has no place in a modern European state.”

Some 350,000 Ukrainians massed in Kiev on Sunday in protest at the government’s decision, under Russian pressure, to spurn the pact on closer trade relations with the EU, dismayed at what many of them saw as a defining rejection of Western integration in favour of deeper ties with Moscow.

Thousands are manning barricades made of plywood, park benches and the branches of an artificial Christmas tree around Kiev’s Independence Square, epicentre of the Orange Revolution.

At Kiev’s city hall, now an organisational hub for protesters who have occupied the building since Sunday, people dozed on the second floor while others passed through the revolving doors for handouts of food and warm clothing, as the harsh Ukrainian winter just begins to bite.

Yanukovich, a rough-hewn former electrician from Ukraine’s Russian-speaking East, is due to stay in China until December 6, seeking loans and investment to head off a debt crisis.

His departure was a gesture of confidence that order could be maintained at home.

The opposition is a loose alliance of political factions ranging from pro-EU liberals to hardline nationalists, without a galvanising figure in the mould of Yulia Tymoshenko, who co-led the Orange Revolution but was jailed for abuse of power after Yanukovich became president.

Some analysts see Vitaly Klitschko, a heavyweight boxing world champion and now leader of the opposition Udar (Punch) party, emerging from the pack, though he is largely untested.

“The Orange Revolution laid the foundation for this,” said self-employed businessman Yegor Kitov, 45.

“But this movement is stronger because, while then it was political parties that were organising the people, now we are organising ourselves.”

The ruling by U.S. Judge Steven Rhodes, who cited the city’s dismal finances and $18 billion owed to a multitude of creditors in support of his decision, marks a watershed in the history of Detroit. Once known as the cradle of the U.S. auto industry, the arsenal of democracy and the birthplace of Motown music, Detroit now adds an ignominious new title: largest bankrupt city in U.S. history.

Detroit’s emergency manager, Kevyn Orr, in a news conference after the court hearing, said the city will seek to file a plan of readjustment – the city’s roadmap toward financial solvency – by early January. He said negotiations are continuing with unions “even now,” and called on all parties to bridge gaps in order to conclude Detroit’s bankruptcy and move back toward fiscal stability.

In a financial plan he had laid out prior to the bankruptcy filing, Orr had proposed offering unsecured creditors shares in a $2 billion note in exchange for $11 billion in unsecured debt. Orr declined to state on Tuesday whether that remains his plan, and also refused to say how much of a reduction he will seek from secured creditors.

Rhodes, in his ruling that Detroit is eligible, accepted the city’s contention that it is broke and that negotiations with its thousands of creditors were infeasible. That was enough to declare Detroit bankrupt under Chapter 9 of the federal bankruptcy code, Rhodes ruled. In a symbolic setback for the city, however, Rhodes found that Orr did not negotiate in good faith with creditors prior to the city’s July 18 bankruptcy filing.

“It is indeed a momentous day,” Rhodes said as he read aloud for more than an hour from a written statement in a packed courtroom. “We have here a judicial finding that this once-proud and prosperous city cannot pay its debts. It’s insolvent. It’s eligible for bankruptcy. At the same time it has an opportunity for a fresh start.”

Rhodes also said the city could cut pensions as part of the restructuring, ruling against an argument that Michigan’s constitution protects them from being slashed. However, Rhodes warned he will not rubber-stamp any pension cuts.

His ruling encompassed fine points of law as well as broad observations about Detroit’s fiscal health. He stated that his findings were informed by a breakdown in Detroit’s public infrastructure and rising crime rate. Rhodes will also issue a written opinion on Wednesday, which he said is around 140 pages.

Detroit is burdened by $18.5 billion in debt as it struggles to provide even the most basic services to 700,000 residents. About 40 percent of the city’s streetlights do not work and about 78,000 abandoned buildings litter the city, whose population peaked at 1.8 million in 1950.

“The city no longer has the resources to provide its residents with basic police, fire and EMS services,” Rhodes said. He noted the average police response time is 58 minutes, more than five times the national average of 11 minutes.