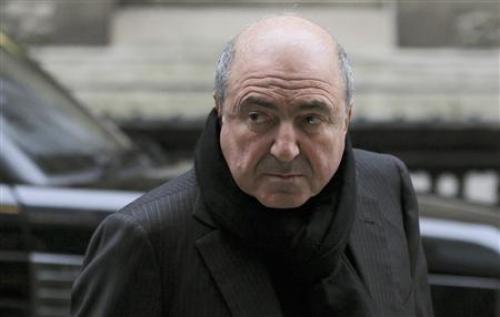 
Cyprus bailout sends EU into spin
Reuters / Phuket Gazette
PHUKET: The chairman of Cyprus’s biggest commercial bank offered his resignation and thousands of students protested in the capital Nicosia yesterday as banks stayed shut to stop a run on deposits after the island agreed to a painful bailout to avert bankruptcy.
The banks were ordered to remain closed until Thursday, and even then will impose capital controls to prevent depositors from stripping out all their funds.
A Reuters eye witness estimated up to 3,000 high school students protested outside parliament, the first real expression of popular anger after Cyprus agreed the 10 billion euro (379.8bn baht) bailout with the European Union.

Though the deal prevented a meltdown in its banking system, it could also saddle the country with years of austerity.

The chairman of the Bank of Cyprus, Andreas Artemis, who found himself at the center of the financial turmoil gripping the east Mediterranean island, offered to resign on Tuesday, a source at the bank said.

“He sent a resignation letter this morning which will be examined by the Board of Directors convening this afternoon,” the bank source said, requesting anonymity.

After returning from last-ditch negotiations in Brussels, President Nicos Anastasiades said late on Monday that the rescue plan agreed with international lenders was “painful” but essential.

He agreed to close down the second-largest bank, Cyprus Popular, and inflict heavy losses on big depositors, many of them Russian, after Cyprus’s outsize financial sector ran into trouble when its investments in neighboring Greece went sour.

European leaders said a chaotic national bankruptcy that might have forced Cyprus from the euro and upset Europe’s economy was averted. Investors in other European banks are alarmed by the precedent of making depositors bear losses.

“The agreement we reached is difficult but, under the circumstances, the best that we could achieve,” Anastasiades said in a televised address to the nation.

Many Cypriots say they do not feel reassured by the bailout deal, however, and are expected to besiege banks as soon as they reopen after a shutdown that began over a week ago.

Reversing a previous decision to start reopening at least some banks on Tuesday, the central bank said late on Monday that they would all now stay shut until Thursday to ensure the “smooth functioning of the whole banking system”.

Little is known about the restrictions on transactions that Anastasiades said the central bank would impose, but he told Cypriots: “I want to assure you that this will be a very temporary measure that will gradually be relaxed.”

Such controls are at odds with the European Union’s ideals of a common market but the government is anxious to prevent any panic that would cause even more disruption to the economy.

The central bank has imposed a 100-euro (about 3,700 baht) daily limit on withdrawals from ATMs at the two biggest banks.

Without an agreement by the end of Monday, Cyprus risked becoming the first country to be pushed out of the European single currency – a fate that Germany and other northern creditors seemed willing to inflict on a nation that accounts for just a tiny fraction of the euro economy and whose banks they felt had overreached themselves.

The plan will wind down the largely state-owned Cyprus Popular Bank, known as Laiki, and shift deposits under 100,000 euros to the Bank of Cyprus to create a “good bank”, leaving problems behind in, effectively, a “bad bank”.

Deposits above 100,000 euros in both banks, which are not guaranteed by the state under EU law, will be frozen and used to resolve Laiki’s debts and recapitalize the Bank of Cyprus, the island’s biggest, through a deposit/equity conversion.

The raid on uninsured Laiki depositors is expected to raise 4.2 billion euros of the 5.8 billion euros the EU and IMF had told Cyprus to raise as a contribution to the bailout, Dutch Finance Minister Jeroen Dijsselbloem said.

Laiki will effectively be shuttered, with thousands of job losses.

Comments by Dijsselbloem on the need for lenders to banks to accept the potential risks of their failure had a knock-on effect in the euro zone, raising the cost of insuring holdings of bonds issued by other banks, notably in Italy and Spain.

Senior members of the European Central Bank sought to row back from Dijsselbloem’s comments, insisting that Cyprus is a special case and not a model for other countries that might need rescuing.

Russia signaled it would back the bailout, even though it would impose big losses on Russian depositors, who by some estimates may hold a third of all deposits in Cypriot banks.

Cyprus’s tottering banks held 68 billion euros in deposits, including 38 billion in accounts of more than 100,000 euros – enormous sums for a nation of 860,000 people that could never sustain such a big financial system on its own.


Russian tycoon Berezovsky died by hanging: police
Reuters / Phuket Gazette
PHUKET: Russian oligarch Boris Berezovsky, whose body was found in the locked bathroom of his luxury mansion near London over the weekend, died by hanging, British police said on Monday.
An autopsy showed no signs of a violent struggle but further tests would be carried out, including toxicology and histology examinations, police said.
Once known as the gray cardinal of Kremlin politics, the former billionaire power broker helped Vladimir Putin come to power before fleeing in 2000 for Britain where he became one of the fiercest critics of Russia’s new elite.

The 67-year-old Berezovsky’s body was found in his sprawling property in Ascot.
His associates had hinted Berezovsky might have killed himself because he had been severely depressed after losing a bruising US$6 billion (176bn baht) court battle last year against another Russian tycoon, Roman Abramovich, owner of the famed Chelsea Football Club.

“The results of the post-mortem examination, carried out by a Home Office pathologist, have found the cause of death is consistent with hanging,” police said in a statement. “The pathologist has found nothing to indicate a violent struggle.”

Results of further tests are likely to take several more weeks to announce, police said.
The apparent suicide of one of the most powerful of the so-called oligarchs marks the end of an era for many Russians, an epoch where he symbolized the cut-throat world of Russia’s new form of capitalism that followed decades of communist rule.

From his self-imposed exile in London, the chosen home of many business figures and dissidents who have fallen foul of the Kremlin, he vowed to overthrow the Russian leader whom he branded a corrupt “bandit” backed by ex-KGB spies.

Always surrounded by controversy and conspiracy theories, Berezovsky survived several assassination attempts throughout his eventful life, including a bombing that decapitated his driver.