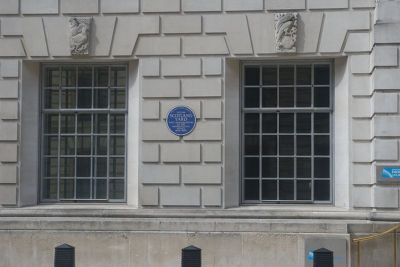 
Killer warned British tabloid he would escalate torture of ‘pussys’ to murder of humans
Phuket Gazette / News Wires
PHUKET: A Canadian bi-sexual suspected of killing a man and mailing parts of his victim’s body to the headquarters of political parties in Ottawa is believed to have sent an email warning to a British tabloid, the publication reported on Friday.

After The Sun newspaper published a story about 29-year-old Luka Rocco Magnotta in December last year, he showed up unannounced at the tabloid’s office in London to deny he was responsible for a video which showed kittens being suffocated inside a vacuum sealed bag and a more recent video showing a kitten being fed to a python.

However, just days after Magnotta’s visit, The Sun received a mysterious e-mail on December 10. The email was written under the name John Kilbride, a possible reference to a 12-year-old British boy who was brutally murdered by serial killer Ian Brady in November 1963.

“Well, I have to say goodbye for now, but don’t worry; in the near future you will be hearing from me again,” the email, riddled with typos, said. “This time, however, the victims won’t be small animals. I will, however, send you a copy of the new video I’m going to be making. You see, killing is different than smoking … with smoking you can actually quit.”

The writer, who is believed to be Magnotta, goes on and further hints at taking his killings to a new level. “Once you kill and taste blood it’s impossible to stop. The urge is just too strong not to continue,” the email said. “Next time you hear from me it will be in a movie I am producing, that will have some humans in it – not just pussys. 🙂 The things I have seen and the things I have done, you can only imagine.”

The writer of the email also indicates his interest in one of the tabloid’s male journalists. “You have some very sexy journilists [sic] at your paper 🙂 I have one I’m very keen on now. He was very sexy,” the writer says. Magnotta, who is bisexual, previously worked as a low-budget pornographic actor.

The email also indicates the person derives pleasure from taunting people. “You know, the fun part of all this is watching millions of people get angry and frustrated because they can’t catch me. That’s why I love this. I love the risk factor. It’s so [much] fun watching people work so hard gathering all the evidence, then not being able to name me or catch me,” the person writes. “You see, I always win; I always hold the trump card, and I will continue to make more movies.”

He concludes the email with: “Well, it was fun f[explicit] around with everyone, so have a merry christmas [sic] and a happy new years [sic]. I know I will. 🙂 Getting away with all this, now that’s genius. Signed, Yours Truly. (Or is it?)”

Believing the chilling message was written by Magnotta, The Sun reported both the e-mail and the kitten videos to Scotland Yard, which briefly investigated the complaint. “An allegation of malicious communication in the form of an email was made by a man to the Metropolitan Police,” a Scotland Yard spokesperson said on Friday.

The spokesperson confirmed Scotland Yard launched an investigation, but it was dropped because both the email and the videos did not originate from the United Kingdom. “An investigation by Islington Police established the origin of the email to be the Netherlands,” the spokesperson said. “Therefore, no crime could be proven to have been committed within the jurisdiction of the Metropolitan Police.”

But the spokesperson said British police did not liaise with authorities abroad, including police in Canada who may have been interested in knowing about the contents of the email. “It had not been possible to glean information regarding any specific locations within ”North America” (US or Canada) or the Netherlands, and as such there was no specific local Force to pass any intelligence to,” the spokesperson added.

In regards to the videos showing kittens being killed, Islington police found they were also outside their jurisdiction as they were posted from somewhere in North America. “Therefore, no crime could be proven to have been committed within the jurisdiction of the Metropolitan Police. During the initial stages of the investigation, officers liaised with the RSPCA,” the spokesperson added, referring to the UK’s leading animal welfare charity.

Also on Friday, Montreal police identified the murder victim as 33-year-old Lin Jun, a Chinese student who studied at Concordia University. He was last seen on May 24 but was not reported missing until Tuesday, the day two packages containing body parts were found in Ottawa and a suitcase containing a torso was found in Montreal.

Montreal police spokesman Commander Ian Lafrenière said investigators into the murder and mayhem believe Magnotta knew Lin, although it is unclear if they were friends or romantically involved. He said several body parts remain missing, but declined to say which. A severed foot and hand were found in the packages, and additional parts were recovered at Magnotta’s house.

Meanwhile, Lafrenière said Magnotta is believed to have taken a flight from Montreal’s Trudeau airport to the French capital of Paris on Saturday. However, police are unsure if he remains in Paris or has since fled to another country.