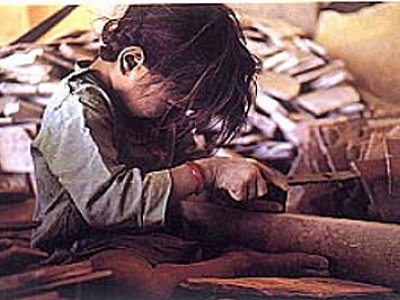 PHUKET MEDIA WATCH
– World news compiled by Gazette editors for Phuket”s international community
UN: More than 20 million forced laborers worldwide
Phuket Gazette / News Wires
PHUKET: More than 20 million people around the world are currently victims of forced labor, the United Nations (UN) said on Saturday, but progress has been made in a number of countries to establish or improve needed legislation to criminalize such practices.

According to new estimates released by the UN International Labor Organization (ILO), 20.9 million people are now trapped in jobs into which they were coerced or deceived and which they cannot leave.

The ILO said forced labor takes many different forms, including debt bondage, trafficking and other forms of modern slavery. Women and young girls are often forced into prostitution, migrants are trapped in debt bondage, and sweatshop or farm workers are kept at their job through illegal tactics while being paid little or nothing at all.

In addition, the report said another 2.2 million people are in state-imposed forms of forced labor, such as that in prisons under conditions which violate ILO standards, or in work imposed by the state military or rebel armed forces.

The head of the ILO’s Special Action Program to Combat Forced Labor, Beate Andrees, said good progress has been made in ensuring that most countries now have legislation which criminalizes forced labor, human trafficking and slavery-like practices. However, she noted that it is now necessary to focus on better identification and prosecution of forced labor and related offenses such as human trafficking.

“The successful prosecution of those few individuals who bring such misery to so many [people] remains inadequate – this needs to change,” Andrees said. “We must also ensure that the number of victims does not rise during the current economic crisis when people are increasingly vulnerable to these heinous practices.”

PHUKET: The private sector in the United States added only 82,000 jobs last month, signaling that the economy’s recovering trend is halting, according to a report released by the U.S. Labor Department on Friday.

In its May 2012 Employment Situation report, the Labor Department showed that the country’s labor market added only 82,000 private sector jobs in the month of May, not even close to what economists had earlier predicted. The unemployment rate rose from 8.1 percent to 8.2 percent, the first increase since June 2011.

It is troubling news for U.S. President Barack Obama who is seeking re-election this year but, more importantly, it shows the economy’s recovery seems to be stalling. This is especially noticeable when comparing the May figures to the monthly job growth average of 252,000 between December 2011 and February.

Nonetheless, U.S. Labor Secretary Hilda L. Solis insisted that the labor market continues to recover. “We continue to add jobs to an economy that was once bleeding 800,000 a month under the previous administration,” she said, noting that the job market has added more than 4 million private sector jobs in the last 27 months, and for each of the past five months, the country has created an average of 169,000 jobs.

“This is a critical moment, and more must be done to put Americans back to work,” Solis stated. “This administration has put forward a number of efforts to support the unemployed and spur more economic growth. Specifically, President Obama has sent Congress a ‘to do’ list that includes rewarding companies that bring jobs back home from overseas, invest in tax credits for small businesses, create good jobs for veterans, invest in clean energy manufacturing and expand refinancing for responsible homeowners.”

Republican presidential candidate Mitt Romney heavily criticized Obama for Friday’s bad news. “[The] weak jobs report is devastating news for American workers and American families,” he said in a statement. “This week has seen a cascade of one bad piece of economic news after another. Slowing GDP growth, plunging consumer confidence, an increase in unemployment claims, and now another dismal jobs report, all stand as a harsh indictment of the President’s handling of the economy.”

But speaking in Minnesota, Obama said Americans are “still fighting our way back” from the worst economic crisis since the Great Depression. “The economy is growing again, but it’s not growing as fast as we want it to grow,” he said. “Our businesses have created almost 4.3 million new jobs over the last 27 months, but as we learned in today’s jobs report, we’re still not creating them as fast as we want.”
EU unemployment rate increases only slightly
Phuket Gazette / News Wires
PHUKET: Unemployment numbers in the 17-nation euro area (EA17) were unchanged in April, but a slight increase was seen in the wider 27-country region, the European Union (EU) said on Friday.