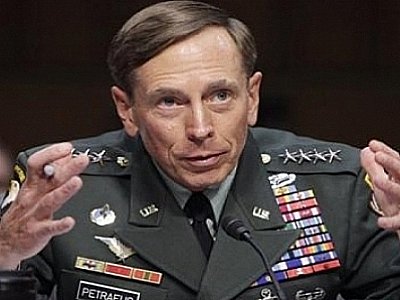 PHUKET / CHARLOTTE, North Carolina (Reuters): When Paula Broadwell first met David Petraeus in 2006, she was a soldier-turned-graduate student at Harvard University. The acclaimed U.S. Army general gave her his card and offered to help her with her studies.

Broadwell soon began trading emails with the general, and four years later she was in Afghanistan turning a dissertation about his leadership into a book published this year entitled “All In”. Interviews for the book often took place on endurance-testing runs together, she would later say.

“That was the foundation of our relationship,” Broadwell said of their runs when promoting the book on Jon Stewart’s “The Daily Show” TV program in January.

That relationship is now at the center of a scandal that has not only ended Petraeus’ short tenure as Director of the Central Intelligence Agency but has also badly tarnished the reputation of a revered military leader.

And it has raised awkward questions about whether the White House had any inkling of the problem before the November 6 presidential election.

Until now, the 40-year-old wife and mother of two young children had appeared to excel at juggling scholarly pursuits, family life, a military career, triathlons, charity work and even demonstrations for a machine gun manufacturer.

“She has obviously achieved a lot in her field as a soldier and a scholar,” said Ed Williams, a neighbor who lives two houses down from Broadwell, in a leafy, affluent Charlotte, North Carolina, neighborhood.

“Everyone is surprised and shocked,” Williams said.

Earlier in the week, Williams, a retired editor, saw Broadwell with her two children when she was voting in last week’s U.S. presidential election. He said she was chatty and cheerful. Neighbors were working on putting together a belated party in honor of her book.

“She gave no indication that all this was going on,” Williams said.
Broadwell did not return emails or calls. A 40th birthday party for her had been scheduled at her brother and sister-in-law’s home in Washington, D.C. on Saturday, but invitees received an e-mail saying it had been cancelled.

A man who answered the door at the Washington home told a reporter to get off the property. Three bags, displaying the name of a cupcake bakery, were on the front porch.
Broadwell grew up in North Dakota, where in high school she was valedictorian, student council president, homecoming queen and an all-state basketball player, according to a biography on the Century High School web site.

She went on to the U.S. Military Academy at West Point, where she graduated with academic, fitness and leadership honors, according to a biography promoting a speech to the World Affairs Council of Charlotte. She has held positions in the U.S. intelligence community, U.S. Special Operations Command, and FBI Joint Terrorism Task Forces, according to the bio.

Later, she would add degrees from the University of Denver’s Josef Korbel School of International Studies and Harvard’s John F. Kennedy School of Government. She is also a PhD candidate at King’s College, London.

In her book, she says she was recalled to active duty three times to work on counter-terrorism issues after the Sept 11 attacks and joined the U.S. Army Reserve. In August, Broadwell was promoted to lieutenant colonel, according to the Army.

Among her many military-related activities, Broadwell has been a “valued member” of the Warlord Loop, an elite invitation-only email forum that has about 500 national security specialists as members, said John Collins, who runs the group.

“She remains a member and I predict no change in her status,” he said in an email on Saturday.

Broadwell is also featured in videos for a machine gun manufacturer. On her LinkedIn site, she lists “KRISS Vector .45 cal Demonstrator/Model” under her experience. The company couldn’t immediately be reached for comment.

About three years ago, Broadwell settled in Charlotte with her husband, Scott, who is a radiologist in a Charlotte medical group. Their home is valued at $908,500, according to county property records. Over the years, the family has alternated moves based on each other’s career opportunities.

“It was his turn,” Williams, the neighbor said.

In her book’s acknowledgements, Broadwell says her husband played “Mr Mom” for her two boys while she was in Afghanistan and Washington “and shielded them from the concerns about their adventure-seeking mother’s travels in a third-world country.”

Her husband “showed admirable tolerance for my absence and the many late nights and early mornings at the computer; I am grateful to have such an amazing and supportive partner,” she added. The book is dedicated to “my three favorite troopers” – her husband and two boys – and “to those who serve.”

The acknowledgements gives “special thanks” to Petraeus’ wife, Holly.

In the past year, Broadwell has been busy promoting her book with TV appearances and speeches. Written with Washington Post editor Vernon Loeb, the book received positive reviews, with author Doris Kearns Goodwin calling it “majestic”.

In the preface, Broadwell writes that history has yet to fully judge Petraeus’ service in Iraq and Afghanistan, but “there is no denying that he achieved a great deal during his thirty-seven-year Army career, not the least of which was regaining the strategic initiative in both wars that followed September 11, 2001.”

While noting that his critics fault him for “ambition and self-promotion,” she writes that his “energy, optimism and will to win stand out more for me.” In the acknowledgements, she thanks Petraeus for a “once-in-a-lifetime” education as well as “his candor, trust and support.”

On “The Daily Show,” Stewart teased her about the book’s admiring tone for the now 60-year-old Petraeus.

“The real controversy here is, ‘Is he awesome or incredibly awesome?'” Stewart said.
Playing along, Broadwell quipped: “He can turn water into bottled water.”

At the show’s end, Broadwell, who lists running, skiing, triathlons and kickboxing among her interests, challenged the host to a push-up contest, with the loser making a donation to a wounded warriors organization. Stewart brought Broadwell’s husband on stage to do push-ups with him, but still lost.

Broadwell has remained in the news recently. Earlier this month, she donated a parachute jump she had scheduled for her birthday to a wounded veteran, according to the Charlotte Observer newspaper. She also authored an article for Newsweek magazine called “General David Petraeus’s Rules for Living”.

Rule No. 5: “We all will make mistakes. The key is to recognize them and admit them, to learn from them, and to take off the rear-view mirrors – drive on and avoid making them again.”

International Sports: Summary of the latest news and action