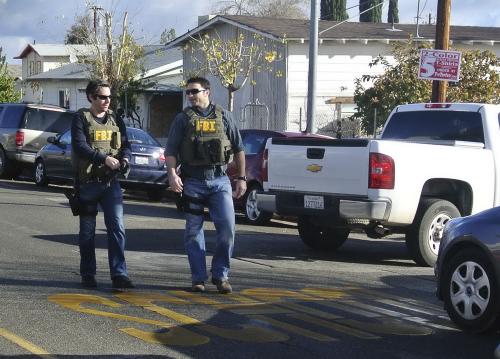 The suspected sole gunman, a 16-year-old boy, was arrested by police who arrived at Taft Union High School in inland Kern County about a minute after being called, said County Sheriff Donny Youngblood.

The shooting comes less than four weeks after a gunman killed 20 children and six adults at a Connecticut elementary school in a December rampage that shocked the nation and has fuelled a heated national debate over gun control.

The latest shooting unfolded yesterday morning at the only senior high school in Taft, a city of about 10,000 people on the southwest edge of the agricultural San Joaquin Valley, about 30 miles southwest of Bakersfield.

“One student critically wounded by gunfire was airlifted to a nearby hospital,” Youngblood said.

The identity of the shooter, who police say walked into a class in progress and opened fire, was not immediately released. The suspect apparently had a disagreement with the student who was critically injured.

“The assailant called out the name of another intended target, who was also a student in the class, and he shot at that person, but missed,” Youngblood said.

“In the chaos, another student received minor injuries while falling over a table trying the flee the classroom, and a fourth student was taken to a hospital with possible hearing damage from the sound of the gun blast.

“The suspected shooter was arrested after a teacher and a school administrator who confronted him persuaded the boy to put his gun down. Students fled the class while the two adults pacified the shooter,” he said.

“The heroics of these two people, it goes without saying. To stand there and face someone that has a shotgun, who’s already discharged it and shot a student, it speaks volumes for these two young men.”

Queen changes rule; royal baby will be a princess