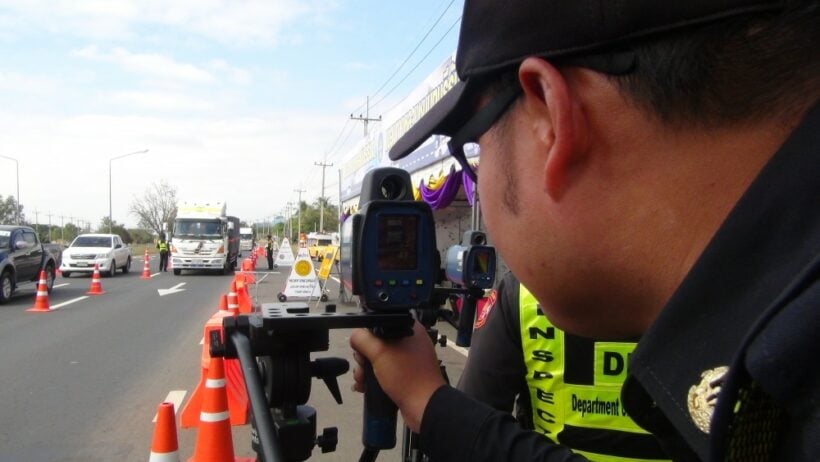 Sort of back to normal today, whatever that means. The news never stops and there’s plenty of it around today. Let’s see what news stories are in our inbox this morning…

PM General Prayut Chan-o-cha is urging officers to strictly enforce traffic laws and provide security for people on the roads and at public transport stations on the final day of the new year monitoring period called the Seven Days of Danger.

Roadways heading back onto the island were busy last night with more traffic expected today as people head back to work for the new year. Government spokesman Lt-General Sansern says officers have been working hard to deter the three main contributors to road accidents: Driving while drunk, speeding and reckless driving. 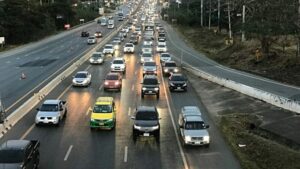 Co-payments to be introduced to Thai Universal Health Care

Like it or not, indications are that patients will have to pay a portion of their medical expenses if and when the proposed National Health Security Bill is passed.

The Public Health Minister says that there had already been extensive studies on co-payment options for the country’s public health system. Most critics worry that the bill would change the essence of the very popular universal healthcare scheme that now offers most medical services to about 48 million citizens for free. 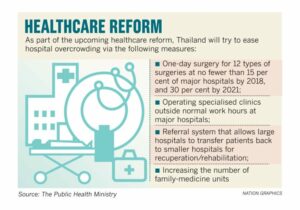 A tour coach driver and his assistant have been dismissed by their company after they tested positive for drugs following a road accident in Surat Thani on New Year’s Day. Two passengers, one of them a 34-year old American tourist were slightly injured.

The bus, with 35 passengers on board, was travelling from Krabi to Don Sak pier in Surat Thani. Police say that when they arrived at the scene the 45 year old driver and his 22 year old assistant were acting suspiciously. They were tested for drugs and came up positive. Police have instructed the Land Transport office to cancel the driver’s license. The tour company has also fired the two men. 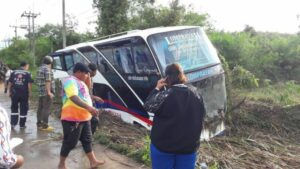 A man accused of shooting celebratory gunshots into the sky in Nakhon Ratchasima on New Year’s Eve has surrendered to police after a lot of negative coverage from a post on social media.

24 year old Anucha Sukkaew turned himself in at the Pak Chong Police Station and says he was drinking with friends at a countdown party when he took out his father’s gun and shot it into the sky four times. He’s been charged with possessing a gun and firing it in public.

He wasn’t the only one. Several new years revellers have been charged with similar offences around the country after firing guns randomly into the air. 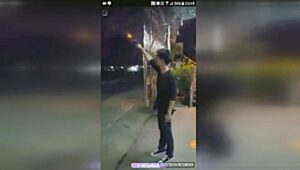 Phuket’s Governor, Norapat Plodthong, along with a team from the Provincial offices, visited Rassada Pier yesterday to encourage the staff over their work in the busy new year period and promised to upgrade the security and services at the pier. The Governor says Rassada Pier is one of the most important piers in Phuket, apart from Chalong Pier and Ao Po Pier, and welcomes more than a thousand passengers per day during the festive season. 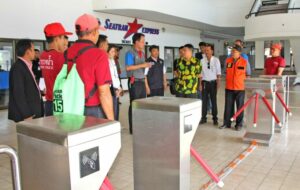 A joint investigation by the Department of Special Investigation and related agencies has led to the retrieval of nearly 9 billion baht in luxury car tax and a case against tax-avoiding importers will soon be submitted for prosecution.

Public prosecutors have so far made a probe into 134 cases of alleged tax avoidance. 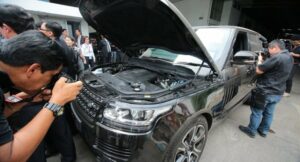 Thousands of mostly western tourists flocked to Koh Samui yesterday to make the journey to Koh Pha-ngan to join the world famous Full Moon Party which also coincided with the year’s first Super Full Moon. The Koh Pha-ngan Tourism Promotion Association estimated that there were 30,000-40,000 tourists on the beaches last night.

All hotels, resorts and guest houses on Ko Pha-ngan were fully booked.  Tourists who didn’t make advance bookings woke up this morning after sleeping on the beach.