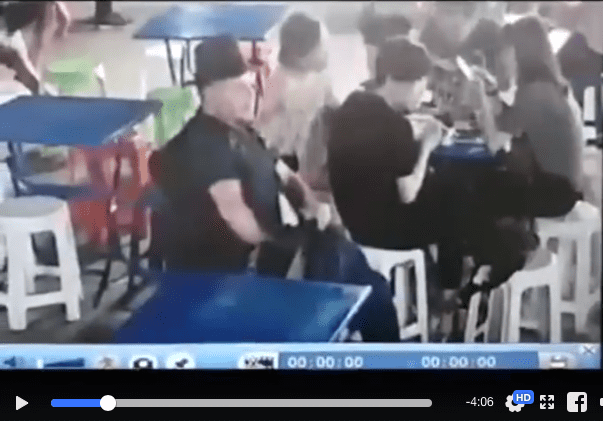 A Facebook user named ‘Thep PK’ has posted a video showing footage of a western man at a beer garden in Patong stealing a bag from the tourists sitting next to him.

The man was looking left and right several times and kept staring at the bag that belonged to a group of four tourists who were sitting next to him. Then when the group looked away, he took the bag and fled.

The Facebook user wrote a caption, “Warning. This is about midnight. This man sat there and ordered nothing. He kept looking around and seemed very suspicious.”

The group of tourists have already reported the robbery to Patong Police and the officers are searching for the man in the video.