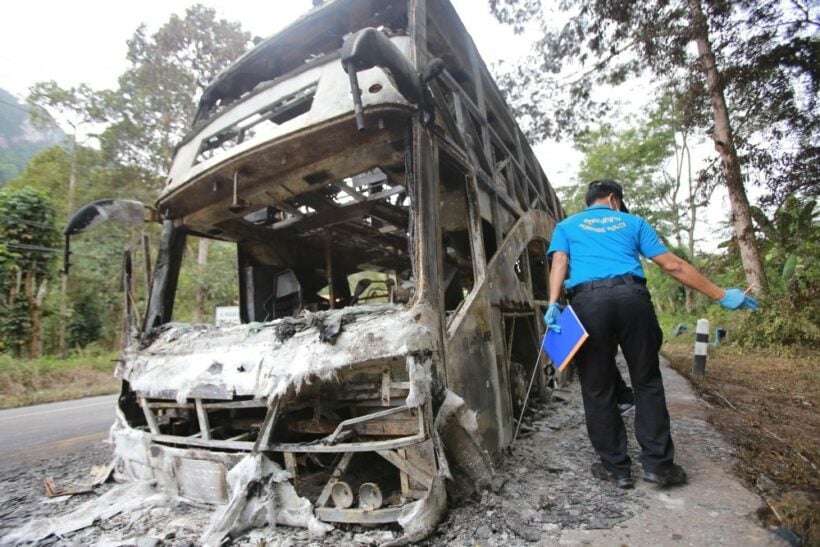 A perfect sunny day ahead for your Tuesday with moderate to fresh north-easterly winds up to 25 kph. The fresh winds are expected to continue during the week with an approaching storm arriving this weekend. In the meantime, let’s check out the stories making headlines today…

‘Business conflicts’ might be behind bus attack in Yala

The Fourth Army regional commander is recommending the removal of village headmen and local security personnel who claimed they were unaware of violence on Sunday, including the torching of a passenger coach, even though it happened in their jurisdiction.

The commander also believes business conflicts might be behind the arson attack on a Betong to Bangkok bus in Yala’s Bannang Sata district on Sunday.

About 10 armed men believed to be southern militants seized a bus, chased away all the passengers and torched the vehicle.

Security operations will be stepped up on this route during the New Year festival. 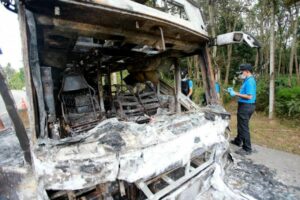 Weather alerts have been issued for storm Kai-Tak, which is expected to make landfall across the south this weekend.

According to the Meteorological Department, the storm is forecast to make landfall in the southern part of the Peninsula from Chumpon to Songkhla on December 23 through to Christmas Eve. We’ll keep you up to date with all the storms movements throughout the week. 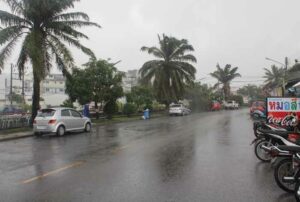 ‘Potongs’, the traditional open pink ‘busses’ you see around the island, operated by the OrBorJor, will now be available daily from 6am to 7pm and feature four new routes.

Each bus will carry a GPS installed to keep track of the vehicle and to verify the trips. There’s also an auditor assigned to verify the fee collection of the Potongs who can address any questions and complaints about the service. You can see a map and read about the new routes at PhuketGazette.net 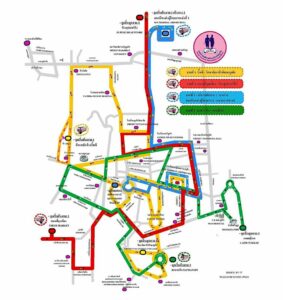 People happy with the PM, not his government

More than half of the people surveyed by NIDA say they’re impressed with the performance of PM Prayut Chan-o-cha for this year but they are not happy with his government’s performance in addressing economic problems.

Nearly 24 percent of the respondents to the NIDA Poll say they are “very impressed” with the prime minister’s performance and another 35 percent said they are impressed. 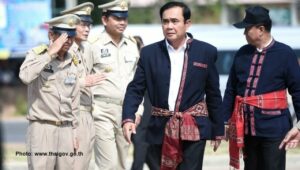 The EF English Proficiency Index is out for 2017, the seventh overview of countries where English is not the native language. And Thailand doesn’t fare well. Bad news, it’s #53 in the world this year. The good news, it’s risen from #56 last year and moved from the ‘Very Low’ category to just plain ‘Low’.

In Asia the proficiency scores go from Singapore at the top with 66.03 points to Laos at the bottom with 37.56. Outside Asia, many European countries rank higher with places like the Netherlands the top of the list.

In South East Asia, Thailand only beat out Cambodia and Laos with all other ASEAN countries performing better in the index.

Chao Fah West road, approaching the underpass construction works at the Chalong Circle, heading south towards Rawai, is being reduced to a single lane. So the final 200 metres of Chao Fah Road feeding into Chalong Circle will now be only one lane in either direction. A construction spokesperson says the concrete works on Chao Fah West are expected to be finished by the end of the year. 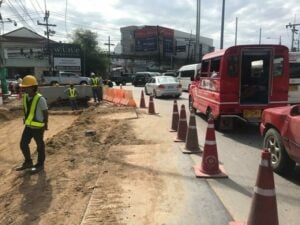