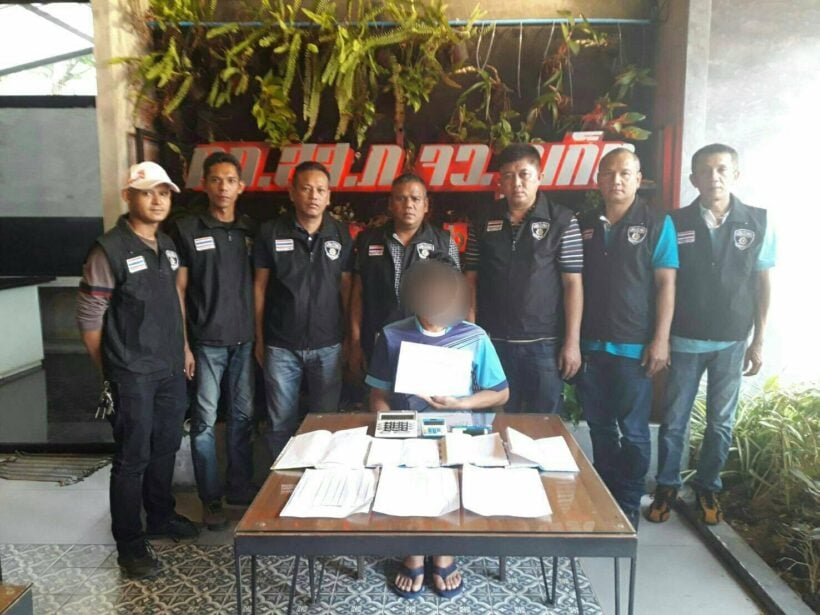 Phuket Provincial Deputy Commander Col Sermpan Sirikong says, “We’ve arrested one male and two female suspects in a loan shark crackdown. From May 24 until now we have arrested 18 suspects.”

“The male suspects are 41 year old Songkran Moonthongkam from Nakhon Pathom. He was arrested at a house in Rassada. He was taken to the Phuket City Police Station for questioning.

“They have all been charged with offences relating to the Excessive Interest Rate Prohibition Act.”

In this case Phuket Provincial Deputy Commander Col Sermpan Siring said, “Suspects admitted that an interest rate is being charged on loans, over the limit by law, but they have never physically harmed any debtors. All suspects have been charged with offences relating to the Excessive Interest Rate Prohibition Act.”