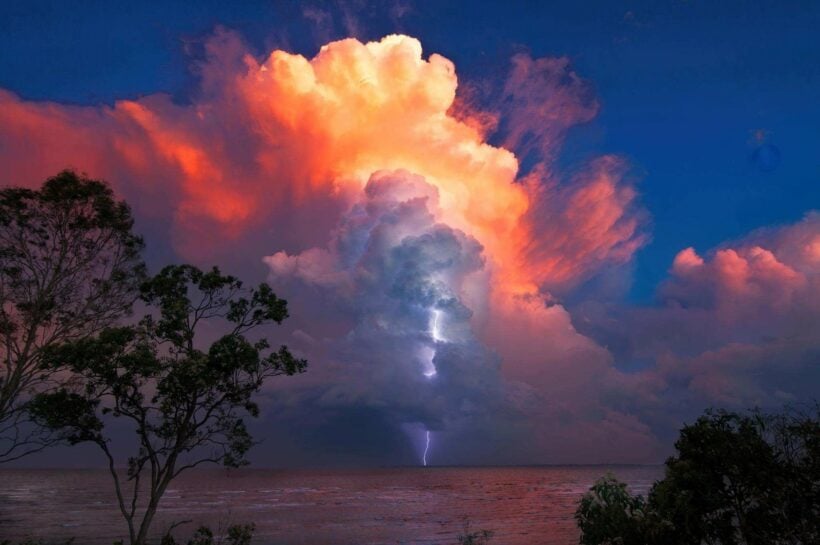 Some rain overnight around the island and more of the sun/cloud/light winds predicted over the next week. Just like last year, the ‘usual’ high-season weather isn’t arriving in 2018.

Four crew drown after shipping incident in the Gulf

Four crew from a Thai fishing boat have drowned after it was hit and sunk by a Pakistani cargo ship yesterday morning.

Navy officials allege that the ship, which was registered in Hyderabad, Pakistan, did not stop to help the crew of the sinking boat but instead continued to its destination off Koh Sichang.

A reconnaissance plane, a helicopter and a patrol ship were sent to the scene of the accident off Chon Buri as soon as they heard about the incident. The Thai fishing boat was identified as Choke Chuchai. The crew included five Cambodians and three Thais. Officials tracked down the Pakistani vessel and found clear traces that it had hit something at its bow. 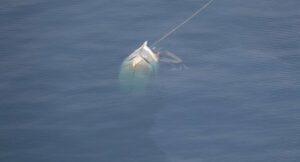 Similar weather conditions to those that occurred during Thailand’s severe flooding in 1995 is predicted for this year, according to weather experts. They are warning that an expected “La Nina” condition will bring more rain and storms than usual to Thailand, and that increasingly extreme and unpredictable weather should be expected as a result of climate change.

Prominent water and climate change experts have revealed that Thailand will receive larger amount of precipitation than usual due to the influence of the La Nina phase of the El Nino Southern Oscillation, which is expected during this year. They also agreed that this year’s water situation was expected to resemble that of 1995. The year 1995 was one of the wettest years in recorded Thai history. 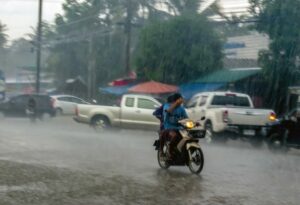 Another record breaking year for tourism

The Thai tourism industry hit yet another new record after the arrival of Thailand’s 34 millionth visitor during 2017; this according to figures just out from the TaT.

Phuket international Airport also broke all records for tourist arrivals last year with an 11 percent increase. Data from c9hotelworks.com also revealed that the low-season was also the winner last year. In the case of Chinese and Australian visitors, more of them visited the island in the low season that in the high season. Hotels also recorded their highest occupancy ever although statistics show that the average price for a room in Phuket dropped slightly in 2017. 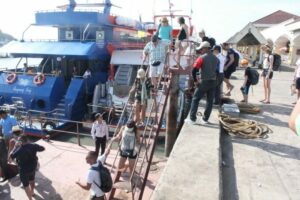 Yingluck ‘getting special treatment in the UK’

Former prime minister Yingluck Shinawatra may have been given a provisional visa by the UK, based on humanitarian grounds, while her application for political asylum is still being considered. The UK law allows applicants to stay in the country for up to five years for those who are qualified and are approved by the UK’s Interior Ministry, according to a senior Thai public prosecutor.

Responding to the recent sighting in public of Yingluck along with an unidentified Thai woman in London, a senior prosecutor at the Office of the Attorney-General, says the former premier could also seek a further five-year extension to stay in the UK after completing the first five years. Yingluck fled the country last year just before the Supreme Court was due to read its verdict in the case against her over her government’s rice-pledging scheme. 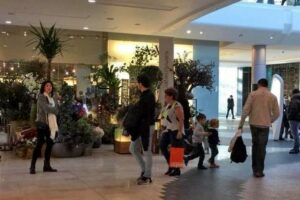 Police have arrested four residents of southern border provinces for allegedly trying to smuggle over 10 kilograms of heroin from Chiang Rai to Narathiwat and then to Malaysia.

The four suspects were arrested at a road checkpoint in Chumphon. The four suspects were aged from 16 – 40 years of age. Police say the heroin was in 26 plastic bags and hidden a secret chamber built under the back seat of their car. Police say the ring leader admitted that he transported the drugs from Chiang Rai’s Mae Sai district with a plan to deliver it to a recipient across the Nararthiwat border in Malaysia. The group has admitted to smuggling heroin twice before and been paid 5 million and 10 million baht for the trips.

Yellow shirts told to pay up

The Attorney General Office’s Legal Execution bureau has notified key figures of the now-defunct People’s Alliance for Democracy, accused of illegally occupying Suvarnabhumi and Don Mueang Airports during the 2008 protests, to pay compensation of 522 million baht to the damaged company, Airports of Thailand.

A PAD lawyer, says the bureau sent the notice on December 25, enforcing legal execution on 13 leaders following the court’s ruling. He says the accused do not have enough assets to cover the compensation in the demand, so it’s up to the plaintiff to follow up the compensation demands. The People’s Alliance for Democracy, better known as the Yellow Shirts, took over the two Bangkok Airports in 2008 in protest at the then, elected Pheu Thai Government. 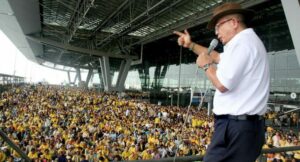 A 67 year old woman, Mookda Janan, a local from Krabi, has volunteered to broom a kilometre of local streets twice everyday for the past 5 years.

She brooms the streets in the morning and evening and cleans the sala on the side road of Phetchakasem Road impressing the locals and setting a great example. She says she used to have a grocery shop and is now retired but was bored staying at home. Khun Mookda says she’s inspired by the lifetime work of the late King Bhumibol Adulyadej. She says she’ll keep sweeping the streets until she can’t manage any more. She says she wants to donate her eyes and they’re still working well. 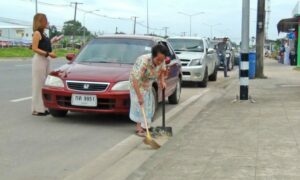