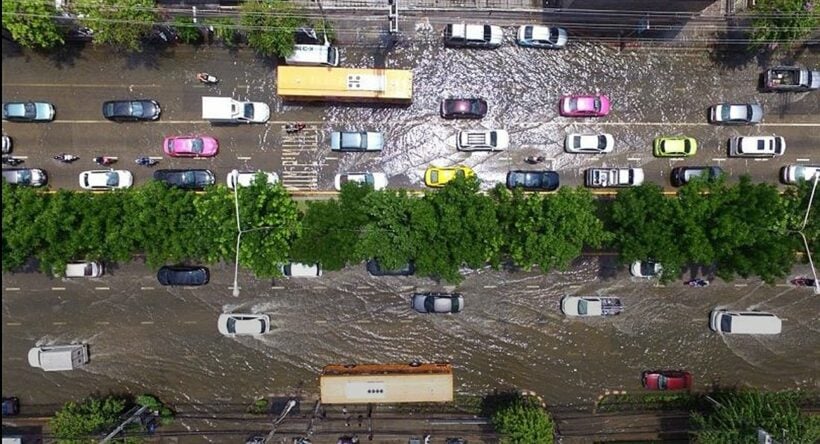 Similar weather conditions to those that occurred during Thailand’s second most severe flooding in 1995 is predicted for this year, according to weather experts. They are warning that an expected “La Nina” condition will bring more rain and storms than usual to Thailand, and that increasingly extreme and unpredictable weather should be expected as a result of climate change.

Prominent water and climate change experts interviewed by The Nation agreed that Thailand will receive larger amount of precipitation than usual due to the influence of the La Nina phase of the El Nino Southern Oscillation (ENSO), which is expected during this year. They also agreed that this year’s water situation was expected to resemble that of 1995. 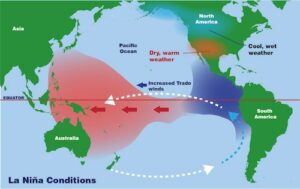 The year 1995 was one of the wettest years in recent Thai history. As a result of various storms during that year’s rainy season, Bangkok and other provinces in the Central Region suffered from heavy floods for more than two months. The severity of the 1995 flood was only eclipsed by the major flood of 2011.

Thailand Global Warming Academy president Thanawat Jarupongsakul, who is also a lecturer in the Department of Geology at Chulalongkorn University, said that this year would be overly wet due to La Nina. The rainy season is also expected to come sooner than usual and with more precipitation, he added.

“This year will be a La Nina year, which means our region will receive more rain. As of now, we still expect that this year’s La Nina will be a mild one, which is good news, because if the La Nina condition is strong, we may face a severe water situation similar to 1995 or even worse, like 2011,”

Thanawat said. According to the official long-term prediction of the Meteorological Department’s Climate Centre, the ENSO condition will be a mild La Nina during the first three months of this year but the condition is predicted to return to a neutral stage by the end of March.

He also expressed concern about storms that will approach Thailand during the course of this year, which may directly hit Bangkok and cause major floods. “Bangkok is not safe from a major storm and it is possible for our capital to be hit with a big storm, so we should be prepared for such a worst-case scenario,” he said. 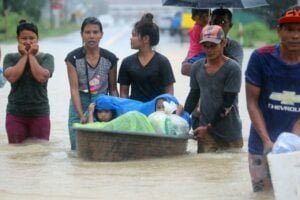 “It was widely speculated that many major floods in Bangkok in the past were the result of storms that hit the area around Bangkok.”

He stressed that as a result of climate change, people around the world would face more extreme and unpredictable weather, with more severe droughts and floods both expected. The Utokapat Foundation’s secretary-general, Royol Chitradon, also agreed that this year’s weather condition would resemble that of 1995 and warned that this year’s rainy season would come earlier and last longer than usual.

“The weather condition for this year will be wetter than last year due to La Nina, but I am confident of our improved water management system and believe that the new National Water Resources Management Office will be able to handle the water crisis effectively,” Royol said.

“We have more water management tools and better organised water management policy, so despite [expectations that] this year’s water situation may be serious, I am sure that everything will be under control.”

Paiboon Nuannin, a prominent seismologist from Prince of Songkhla University, weighed in regarding large earthquakes with a magnitude larger than 7 on the Richter scale. Judging by the experience of 2017, he said, more frequent large earthquakes are being predicted during 2018.

However, he urged Thai people not to get too concerned about this possibility, as Thailand is situated in relatively safe location from the perspective of experiencing big earthquakes, which normally occur in the subduction zone.

SUNDAY HEADLINES – All your local news in 3 minutes