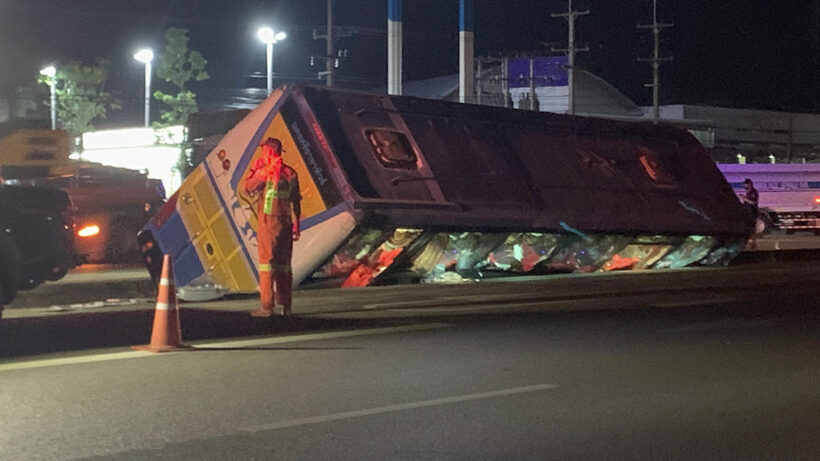 A tour bus accident has left 5 people injured after flipping into a ditch on a highway leading to Nakhon Si Thammarat.  The injuries were reportedly minor in severity with all 27 passengers and 2 crew members exiting the bus safely.

The bus crashed in the area of Prachuap Khiri Khan as a bicyclist reportedly cut in front to cross the street. The 68 year old bus driver said he swerved to avoid hitting the bicycle and crashed into a median ditch. The bus also took out 2 power poles causing around 200,000 baht in total damages.