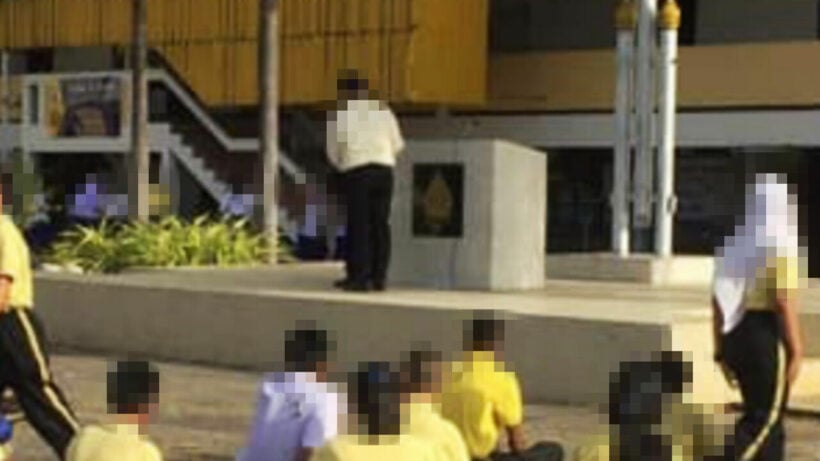 A principal at a school in Southern Thailand pulled out a gun at a morning flag assembly after a criminal complaint was filed with police claiming that he had a sexual relationship with a student.

The principal at Thepha School in Songkhla, Sayan Chaleephol, was discussing the school’s budget at the assembly, but then changed the subject and started asking the students for forgiveness. He put down the microphone and then moved his blazer, reaching for a gun tucked in the waistband of his pants. It appeared that he was going to hurt himself rather than the students.

One student screamed “No! No! No!” Hundreds of students quickly fled the area when they saw the gun. After the incident, teachers immediately arranged for students to be picked up from school.

Sayan allegedly had sex with a Mathayom 3 (ninth grade) student. The girl’s parents filed a complaint with Thepha police on charges of sex with a minor. Police say the girl will go in for a medical examination.