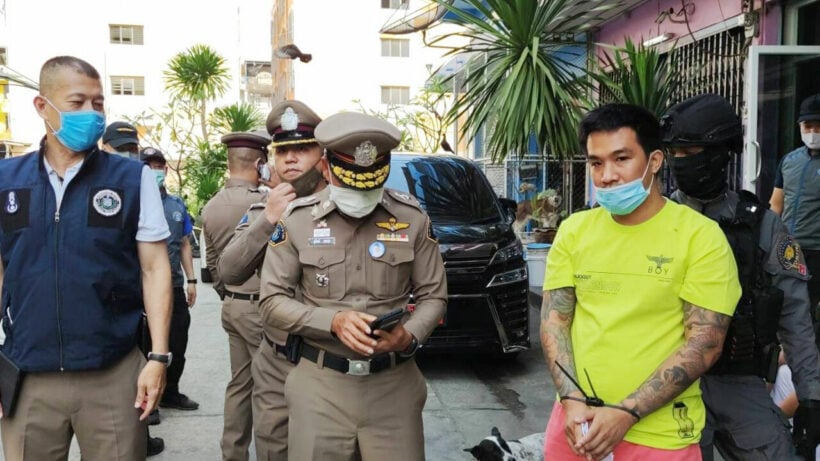 An internet idol once called the “Gambler King” by the Bangkok Post was arrested for allegedly running an online gambling operation. The 29 year old self-professed gambler, Apirak “Sia Po” Chat-anon, is known for advocating for the legalisation of gambling. The Thai government even asked him to be an advisor on a committee reviewing Thailand’s laws on gambling.

Police from the Crime Suppression Division also arrested Sia Po’s “follower” Pacharapol Chansawang and 25 Burmese workers early this morning. Officers raided Sia Po’s home in Bangkok’s Phasicharoen district as well as 6 other places allegedly related to the gambling network. A crowd of reporters followed armed officers in one of the raids. (See video below)

The bust comes during a nationwide crackdown on gambling, called for by both the national police chief and PM Prayut Chan-o-cha after a rise in Covid-19 infections linked to gambling dens.

Sia Po was also arrested in October after a shooting outside a massage shop allegedly involving 2 rival groups.