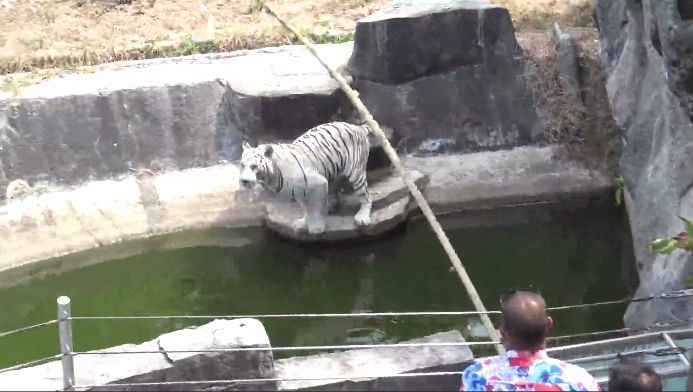 Songkhla Zoo has announced its closure today as part of the southern province’s lockdown, but the zookeepers still have to take care of animals with the summer temperatures high and on the rise. The animals can become distressed at this time of the year with the extreme heat and need constant veterinary care.

The zookeepers say they’re are trying as hard as they can to relieve the stress for the all the animals around the zoo. They will remain on full duty to care for the animals during the time of the zoo’s closure. 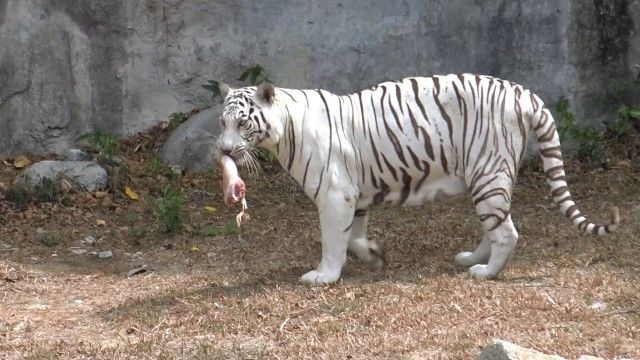 Tigers are given frozen food hung on sticks so that the zookeepers also play with them as they feed them, providing a bit of exercise for the big cats. The frozen pork is a method that zookeepers use to help cool down the tigers in the extreme heat of Thailand. 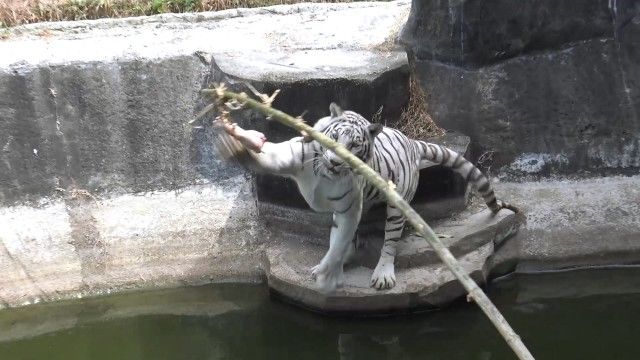 Nude Panda? Rude Panda? Or NoodPanda? A man working as a food delivery driver in the southern province of Songkhla, has been filmed riding his motorbike while naked. 24 year old Botsin Dueanchamroon later handed himself in to police, explaining that he’d taken his clothes off due to “a personal problem”. The nature of the problem is not known, and police let Botsin go with a 500 baht fine.

The incident came to light after a video was posted on social media, showing a naked Botsin hurtling along on his motorbike, which had a food delivery bag on the back. The video has now been deleted. According to a 66 year old motorbike taxi driver, Bai Aumaoom, Botsin parked his bike in front of a local temple, removed his clothes, then got back on the bike and drove off.

He later returned and strolled around before putting his clothes back on. One woman who witnessed the spectacle says she was “sickened by the sight” and would not want to eat any food delivered by the man.

Social media response was mixed with most just inquisitive about his motives to ride “commando” with little (actually no) protection. 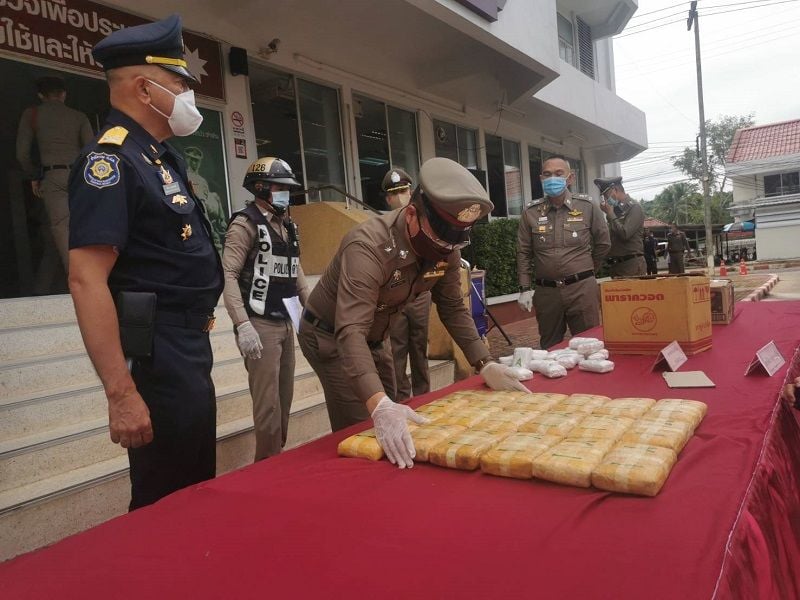 Police searched the vehicle and found 4 blue plastic containers. 1 of the containers had 396,000 methamphetamine pills. Thammarat told police he picked up the pills in Phun Phin and planned to deliver them to Songkhla’s Sadao district, right next to the Malaysian border.

Thammarat has a history of drug offences and spent time in prison. Police say the man was released 2 years ago. 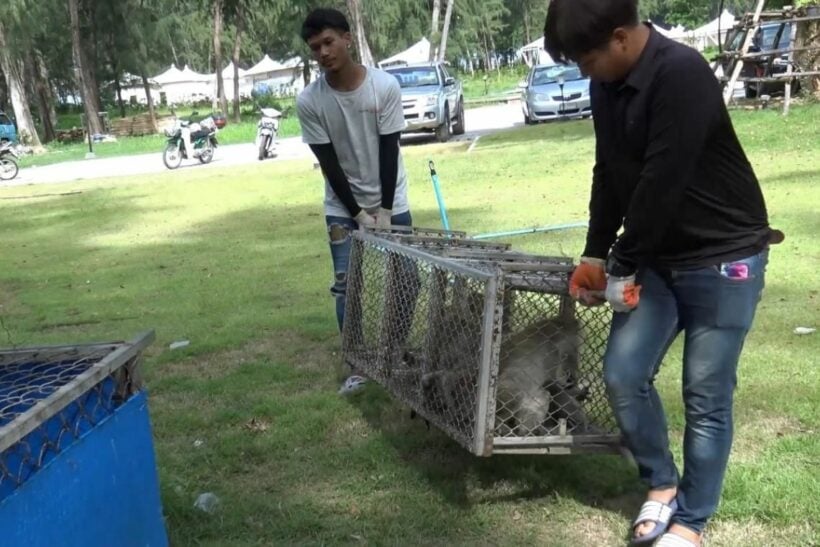 Monkeys have become so much of a problem in Songkhla that officials have decided to castrate them. The monkeys relied on food from tourists visiting Khao Tang Kuan Hill, also known by some as “Monkey Mountain.” But since there have been no tourists for months, the monkeys have made their way into the city looking for food.

A similar project was undertaken in Phuket at 3 ‘tourist’ sites in 2017 where monkey communities were desexed – some even shunted off to their own tropical island, just offshore from Phuket, where they get regular food sent out to them and are kept away from hassling tourists. The program was very successful.

Food was placed inside cages to lure the pesky southern monkeys and trap them. Then they were sedated with tranquilisers. After they’re castrated, the monkeys are sent back to their habitats. Officials say they plan to castrate 200 monkeys in Songkhla as well as dozens of other monkeys in Surat Thani and Nakhon Si Thammarat.

In Songkhla, the monkeys have been digging through garbage and even attacking locals. Just last week, monkeys took over a local home after a Songkhla family went away for the holiday. The monkeys raided the trash bin, scattering the garbage all over the ground. Luckily, the monkeys were unable to enter the house.

About 3 months ago, 15 monkeys drowned in a province water tank and locals believe it was due to the lack of food and water.

Songkhla started cancelling tours back in February. Since then, locals have been helping out to feed the monkeys. Some local fruit vendors gave the monkeys watermelon and tomatoes. But the monkeys continued to look in the city for food.