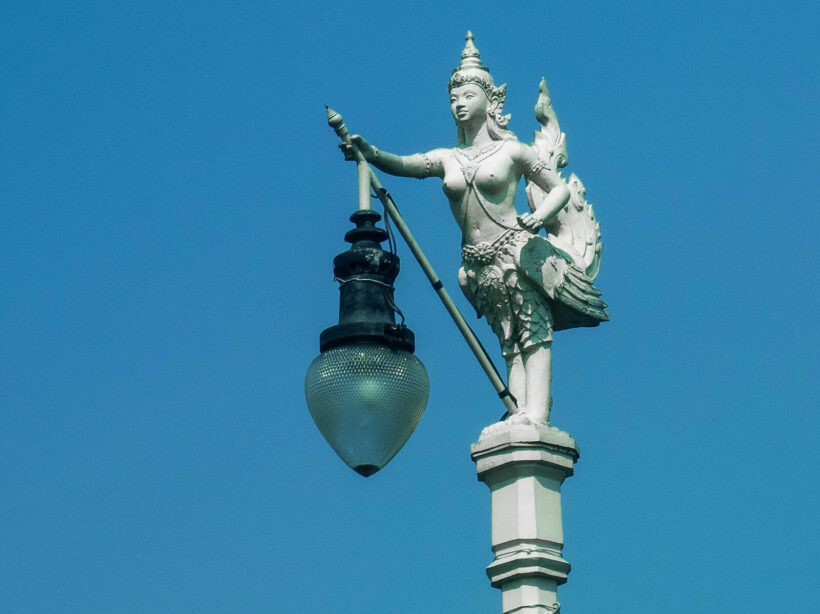 Officials in Hat Yai, a city in the southern province of Songkhla, are investigating whether they paid too much money for street lamps. Reportedly, this the third such allegation made toward a local administration in Thailand… This month.

The new Hat Yai mayor, Sakhon Thongmunee, has ordered a panel to be established after he got the news that an administrative organisation in Samut Prakan spent over 94,000 baht per street lamp. However, the lamps were topped with mythical kinnaree figures, a figure that is part man, part bird, and part horse. Or a mixture of a centaur and griffin.

Sakhon wants to know more about the 33.4 million baht project that is underway in what is now part of his jurisdiction.

Another lamp-based accusation this week, this time toward the Racha Thewa tambon administrative organisation in Samut Prakan, is that the organisation overpaid for spending 642 million baht for 6,773 solar-powered street lamps. However, the lamps also came with mythical kinnaree figures. The lamps were all provided by 1 company.

The Nong Prue in Samut Prakan also purchased lamps, but this time the tops of the lamps had miniature aircraft on them. They cost almost 100,000 baht a lamp.

Thai media reports that the investigation comes after complaints were lodged that Hat Yai street lamps were mediocre and cost too much money. Residents say the figures on top of the lamps were damaged. Also, the lights weren’t bright enough.