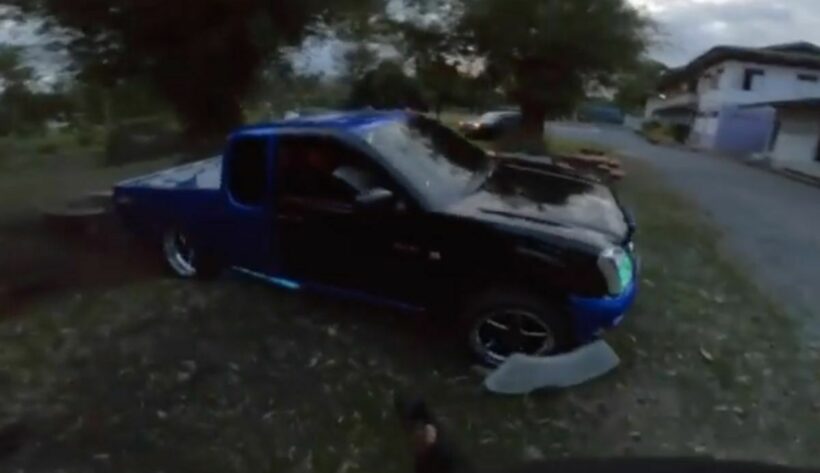 A drug suppression squad in the southern province of Nakhon Si Thammarat seized 16 kilograms of methamphetamine in a sting operation.

The undercover operation was led by the provincial governor in Phrom Khiri district and included police and officials from the Internal Security Operations Command.

An undercover cop arranged an appointment with a suspect who is identified as 32 year old Wanchai Ratchakij, also known as “Chai Thonhong,” to hand over a quantity of crystal methamphetamine at Wat Thonhong School in the Phrom Lok subdistrict.

The suspect then arrived at the school with his pickup truck and attempted to flee as soon as he saw the police coming. He tried to escape the police by slamming his pickup into cars and other things that were blocking his path, but he hit a marble table and the wrecked vehicle stopped. In footage circulated on social media, an officer was pointing a shotgun at the suspect as he tried to run away.

Police then arrested him and seized the pickup that contained four packages of methamphetamine, each weighing one kilogramme. Another 12 kilogrammes of crystal methamphetamine were found in the surrounding bushes.