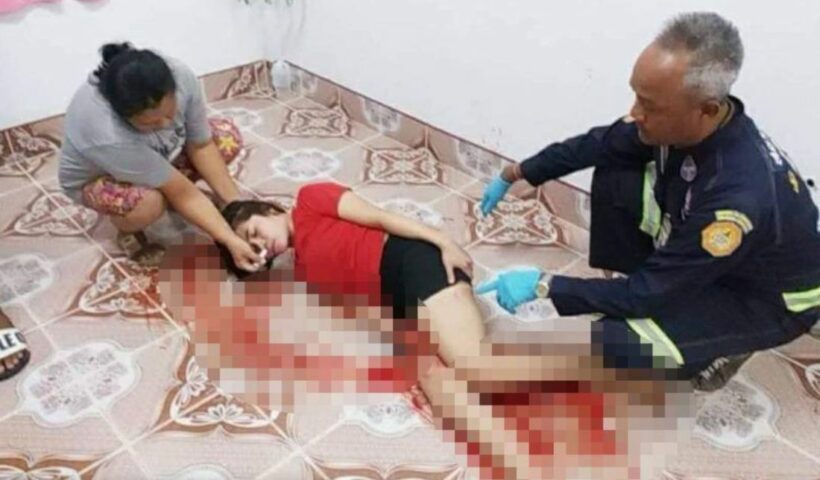 A police chief in Nakhon Si Thammarat has told his police to shoot to kill if necessary as the hunt for a Thai man continues. Thanakorn Saiyut was described as “armed and dangerous” by Pol Col Suthat Songsayom of the Chawang police who said he wanted the man dead or alive. Nakhon Si Thammarat is just south of Surat Thani.

“If he resists arrest he should be shot.”

Daily News reports that the man is being hunted after he shot his ex girlfriend Orn-anong Phromsrikaew in the face. Emergency responders found her in a pool of blood last Friday at her flat.

Doctors at the hospital said she had been shot in the mouth with the bullet exiting through her right cheek. 24 year old Orn-Anong is a staffer at the Huay Prik branch of 7-Eleven in the southern Thai province.

Police allege that the assailant burst in on his ex-girlfriend and shot her in the face without saying a word. They described him a dangerous hoodlum jealous about a new boyfriend.

“Don’t you know who I am”? Southern judge ridiculed.