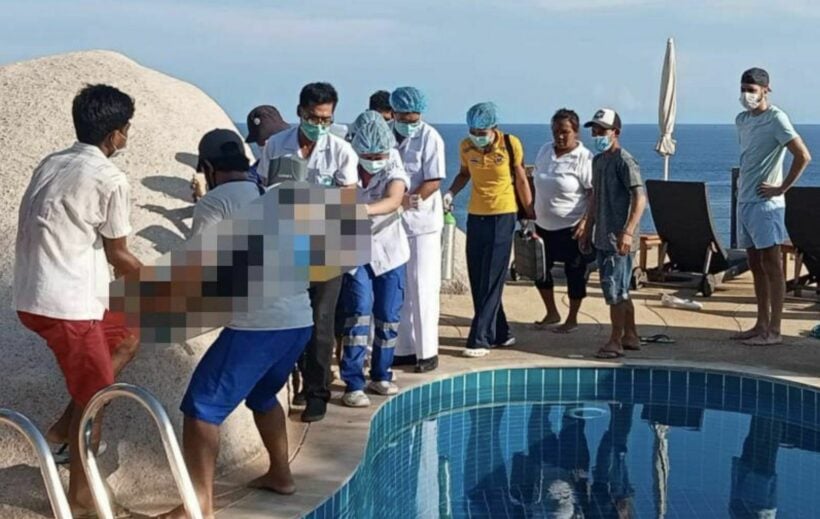 The owner of a 5 star hotel in Phuket and his wife were found dead at the bottom of their hotel swimming pool on the island of Koh Tao on Friday afternoon. Police received the initial report at 4.45pm on Friday. The island off the Surat Thani province coast has gained notoriety after a string of suspicious and sensationalised deaths over the years.

34 year old Ratich Sachathamakul left his parents lounging by the pool at the Jamahkiri Resort & Spa and went for a stroll on the beach at the area known as Shark Bay. When he returned to the resort he found his 59 year old father Rakeshwar and 55 year old mother Anshoo laying at the bottom of the pool. He called for hotel staff to help and dove into the pool to drag their bodies to the surface.

Hotel staff called police and rescue workers, and when Koh Tao police arrived with rescue workers in tow, they found the bodies of the couple laying by the side of the pool, unresponsive. They administered CPR but were unable to resuscitate the pair. Police say, that, at the scene of their death, there were no apparent signs of any struggle. Medical professionals at Koh Tao hospital declared the cause of their deaths to be “drowning”.

“Police found no traces of a struggle or any other signs of foul play.”

Rakeshwar was the CEO and co-owner of the Novotel Phuket Kamala Beach, owned the Bangkapi Mansion apartments on Bangkok’s Sukhumvit 12, as well as the owner of plastics factories in Rayong and Prachinburi provinces. The couple had been married 37 years since 1984.

The investigation into their deaths is hampered by a lack of evidence as the Koh Tao resort’s CCTV cameras by the pool area are broken, so there is no video footage of what happened. As of now, police officers don’t have any ideas about foul play and suspect that possibly one person was swimming and had some sort of trouble prompting their spouse to dive in and attempt to rescue them but fail,ed resulting in both of them drowning.

Wherever the investigation and details lead, the case is sure to attract a lot of media attention. Koh Tao has had a gruesome string of mysterious deaths over the years, leading some British tabloids to label it “Murder Island” and “Death Island”, and left the small scuba-diving haven with a tarnished reputation.

The high profile deaths of British backpackers Hannah Witheridge and David Miller in 2014 garnered global coverage and outrage when 2 young Burmese men were charged over the murders despite allegations of a cover-up and botched DNA evidence presented at their trials. 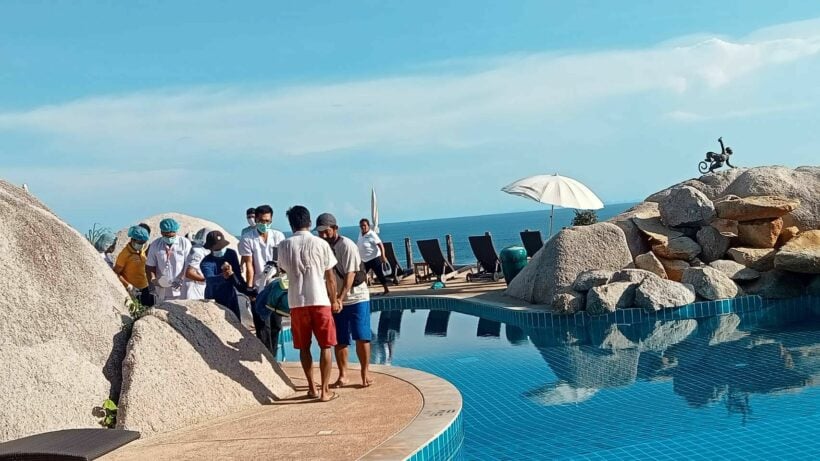 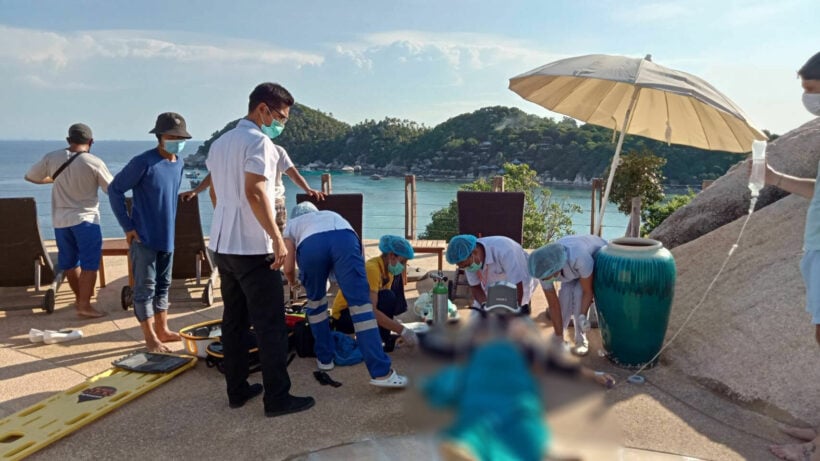 Fluke
2 minutes ago, Bob20 said: An internet search doesn't return any results past the beginning of June. Not even whether they were wearing plastic bags... 🤔 It just seemed very suspicious at the time , they booked into a different …