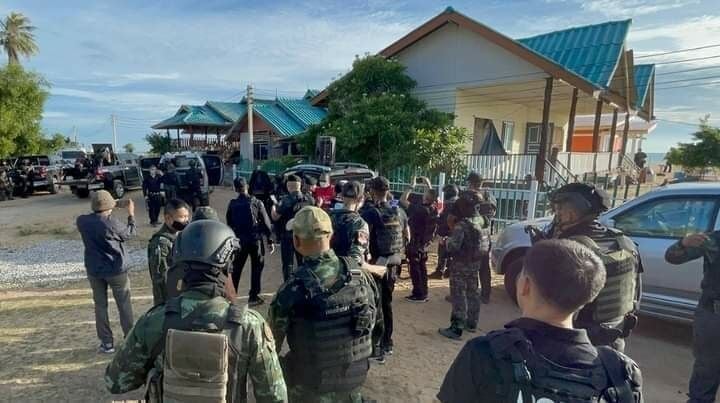 In a clash with Thai security forces at a seaside resort, 2 suspected insurgents were killed. As of this afternoon, a team of police and military were still surrounding the resort in Pattani’s Yaring district and another suspected insurgent was still inside. Pattani has been prone to violence due to the religious separatist insurgency in Thailand’s region near the Malaysian border known as the Deep South, which includes Pattani, Yala and Narathiwat.

Officers surrounded the Awada Resort at Talo Kapore beach at around 3am this morning and shots were fired from inside the resort. Officer shot back and the gunfire exchange latest for about 10 minutes. Police and troops continued the siege and used a loudspeaker to try to convince the suspect to surrender. Gunfire was exchanged later in the morning and 2 suspects were reportedly killed in the later clash.

Police had been tipped off about an insurgent group hiding at the resort, according to the commander of the Pattani Task Force, Komkrit Ratanachana. 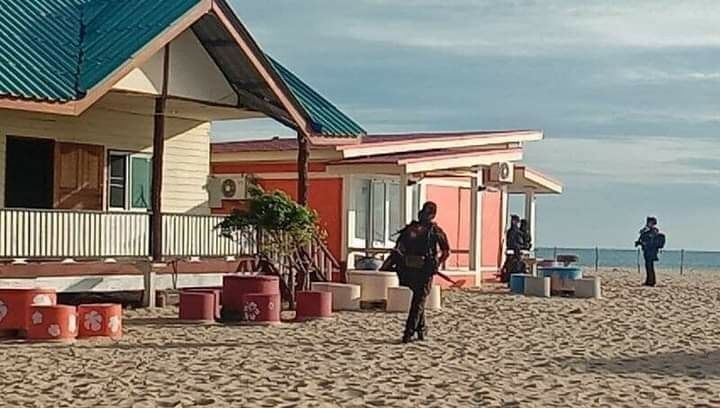