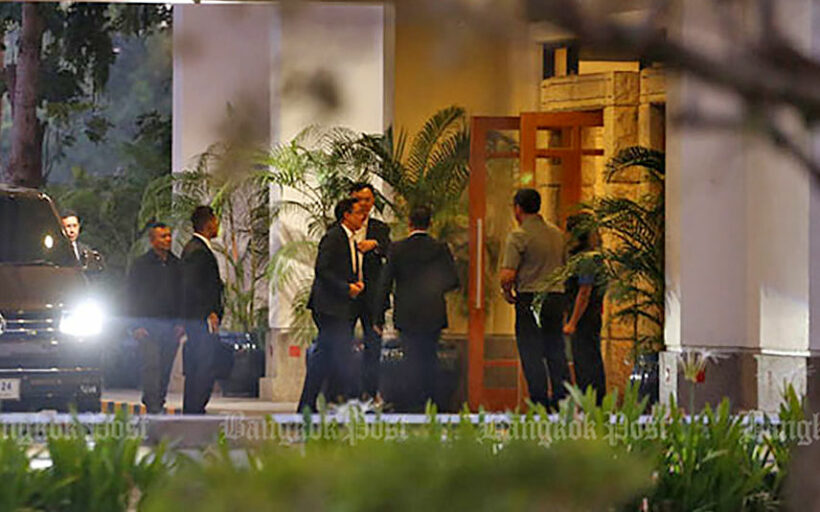 Shark Fin-Gate has riled plenty of activists and opened up an environmental can of worms.

An environmental foundation is calling on the Government to stop serving shark fin soup at its functions, after it was revealed that the dish had been served at a government dinner earlier this week. See story HERE.

Thai PBS World reports that The Seub Nakhasathien Foundation is now asking the Government to review various projects they claim could have serious implications for the environment.

The organisation has sent a letter to the PM Prayut Chan-o-cha, saying the serving of shark fin soup at a government dinner was clear evidence of the indifference felt by officials about environmental issues, and proof of their insensitivity to protecting the country’s natural resources. The infamous dinner on Tuesday night was held the day before Thai Environment Day.

Using data from a report published in the Marine Policy Scientific Journal, the foundation says about 100 million sharks are killed in a horrific manner each year for their fins. It calls on the government to issue an order to all state agencies to take shark fin soup off the menu at all official get-togethers and to lead by example for the rest of the country.

It’s also asking for a review into some other projects it has serious concerns about. The group say that a project to divert water from one reservoir in western Thailand to another will seriously impact the Salak Phra wildlife sanctuary in Kanchanaburi, decimating its flora and fauna. They are calling on the government to change the route of the water diversion in order to protect the sanctuary.

In addition, they say a deep-sea port project in Pak Bara, southern Thailand, will have negative consequences for the Petra marine park, with the additional traffic and activity caused by the project affecting the park’s marine ecosystem and the local tourism industry.

Also in the letter are calls for a delay to Bangkok’s Chao Phraya riverside promenade project, saying the development will ruin the famous river’s cultural and historical identity. They add that a sea walls project run by the government has been shown to be a futile attempt at stopping coastal erosion.