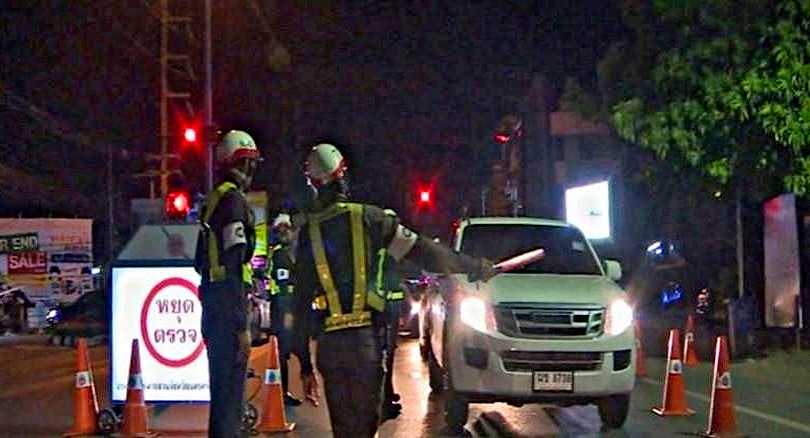 Songkran’s Seven Days of Danger is only into its second day  (Thursday) and police have already nabbed nearly 3,000 motorists for drunk driving.

A Government spokeswoman said this morning that 156 vehicles were seized Wednesday and 2,716 motorcyclists and other drivers were charged with drunk driving.

Deputy spokeswoman Col Sirichan Ngathong said stepped-up spot checks on roads had identified 3,339 cases of drunk driving. More than 1,860 of those cases involved motorcyclists, she said, and 105 motorcycles were seized and 356 driving licences were confiscated.

Authorities arrested 1,457 motorcyclists who will be going to court, while the rest were fined. The remainder of the cases involved private cars and transport vehicles, with 41 vehicles seized and 82 driving licences confiscated. A total of 1,259 motorists face charges in court and the rest were fined.

Today is expected to be the busiest days on the road with people heading home whilst airports around the country will have they busiest day of the holiday celebration as people fly in from overseas or head home on domestic flights. Phuket International Airport held a ceremony and media conference to declare their readiness for this year’s bumper arrivals.

Songkran is tomorrow, April 13, celebrating the start of the Thai New Year.