At 3 am this morning, a shooting took place in a famous nightclub in the middle of Bangla Road, Patong. One Thai man was injured.

The incident happened when the nightclub was closing down. 27 year old Pongwarit Thiptara was walking past a man when the two accidentally collided inside the club and the man, who he has never seen before, shot him right after the incident in his calf and back. He was rushed to Vachira Hospital. In the confusion following the incident, the shooter fled.

Police investigated the scene and found two 9mm bullets dropped on the floor and blood near the table at the right-hand side of the stage.

Patong police are checking CCTV camera footage to identify the shooter and which way he escaped from the club.

According to a friend of the person injured, the shooter was sitting next to their table in the nightclub. While they were going back home as the club closed, the shooter had to pass in front of his friend and they accidentally collided. They looked at each other for a moment and the man shot him, even though there was no conflict or any fight before.

Police are continuing their investigations of the incident. 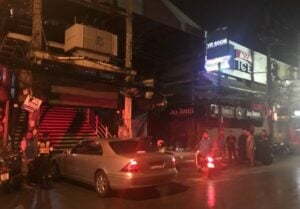 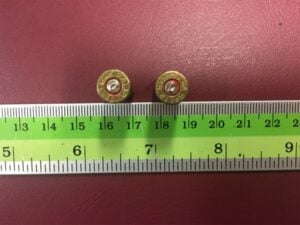