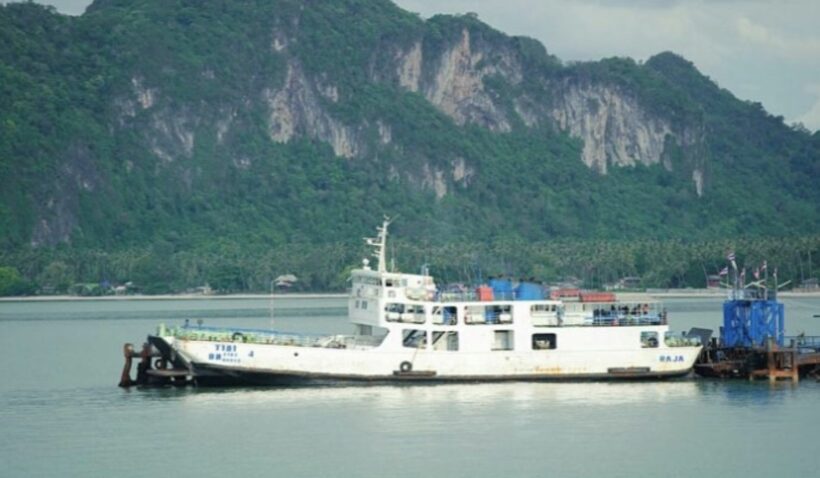 The body of the skipper of a capsized ferry has been recovered, whilst 2 others have been found. This leaves 3 people still missing.

Surat Thani governor Wichawut Jinto announced the latest info following the capsize of the Koh Samui car last night. The Raja 4 ferry was loaded with rubbish from the island, 3 10-wheel lorries and a pickup, heading for Don Sak pier on the Surat Thani mainland. About 2 nautical miles from Koh Samui the ferry ran into high waves whipped up by a sudden storm in the Gulf of Thailand, and the vessel capsized at about 10pm.

12 of the 16 passengers worked for Raja Ferry Plc, 11 crew and a saleswoman for the company. The other 4 passengers were drivers of the lorries and the pickup.

3 helicopters from the Navy and Army joined in to continue the search from the sky. 2 of the missing were located on Koh Taen around midday yesterday, about 2 nautical miles from the location where the ferry sank. They had managed to swim to the island. The 2 were identified as crew from the vessel, Pachara Thiprat and Suvit Nakhonsethvorachai.

At 1.30pm yesterday, the rescue team found the body of a man on Koh Mod Daeng, not far from Koh Taen. He was identified as the captain of the ferry, Tewin Surat.