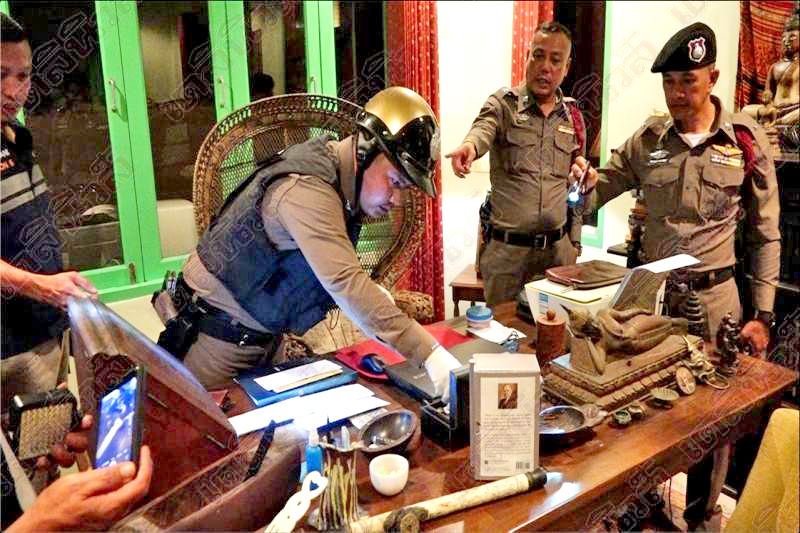 A 70 year old New Zealander and his Thai partner were found dead this week after an apparent suicide pact. Samui Police were called to the rented house in the Mae Nam area after a foreign man and a Thai man were found hanged.

The foreigner was a 70 year old New Zealander, the Thai man was a 45 year old man from Lampang. Police also found a cat lying dead on a red cloth. It appeared to have been strangled.

Mayuree Induang, the daughter of the landlord, said that the pair were a couple. The New Zealander had rented for ten years and his Thai partner had worked in a hotel on the island.

She told police that, previously, the Thai man had spoken a work colleague through the Line app saying he wanted to die. He spoke about his financial problems and his partner’s deteriorating health after a stroke.

Another message sent yesterday indicated that the Thai ,am was going to kill himself, prompting the colleague to go to the house where he discovered the couple hanging in a walkway next to the property.

Daily News reports that three sealed envelopes were found on a desk with names on the front in English.

A notebook listing money owed to people was found in front of the house. The authorities have been contacting relatives and the New Zealand embassy.