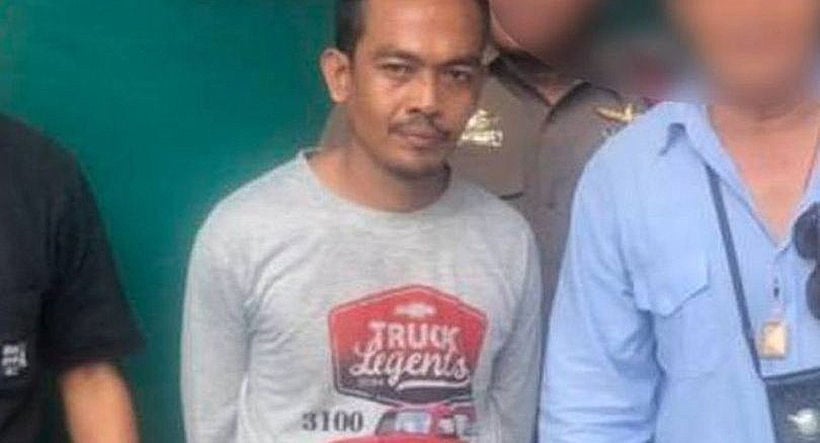 33 year old Rewat Harnsuwan, a resident of Nakhon Si Thammarat, has been arrested over the alleged rape of a Norwegian woman on Koh Pha Ngan off the coast of Surat Thani last Sunday.

He was arrested at a motorcycle repair shop in Tambon Koh Pha Ngan at 8pm last night. It has been revealed that he had been released from detention in Koh Samui on the Saturday.

Rewat has been charged with assaulting and raping the tourist at 2am on Sunday morning. The victim filed a complaint with the Koh Pha Ngan police station after she woke up on Sunday, prompting the national police chief to order that the perpetrator be located and arrested swiftly.

The Norwegian woman reported that she lost her wallet on the beach at the island’s Half Moon Party and was heading back to the beach to search for it. A motorcyclist offered her a ride to look for the wallet but instead drove her to another location and raped her.

Police checked CCTV footage from the area were able to identify Rewat talking with the victim before picking her up. They also were able to confirm the man’s motorbike was the same one he was riding on the Sunday morning when picking up the woman.

During questioning, Rewat told police that he was riding his motorcycle home from drinking at a karaoke bar at 2am and spotted the Norwegian woman walking on the roadside. Rewat said the tourist told him she lost the wallet so he offered to give her a ride to search for it.

He told police that the woman was drunk, hugged his waist and leaned on his bag and so he drove her to the repair shop hoping to have consensual sex. When she rejected his advances, according to the man, he says he drove her back towards her hotel. After she jumped off the bike about 100 metres before the hotel, he grabbed her, punched her in the stomach and raped her before leaving her there.

He told police he returned to his accommodation at the repair shop after the incident. 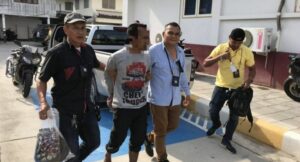