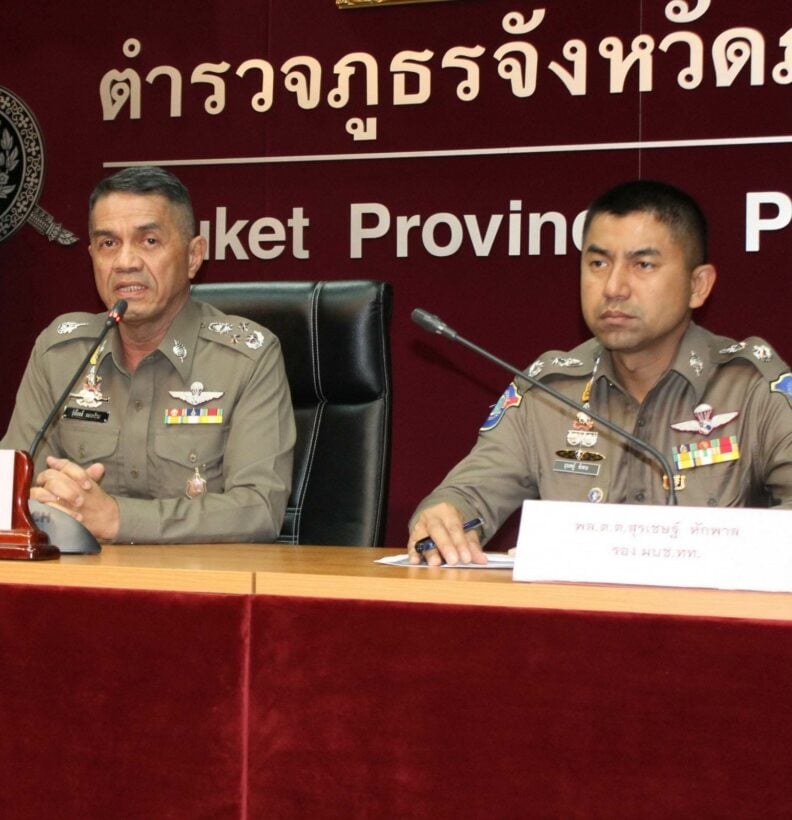 More nominees, involved in the company that ‘owned’ the Phoenix, have been arrested and charged. Financial record shows that the money was being transferred to a Chinese owner.

Gen Rungroj say, “The TC Blue Company Limited is the owner of the Phoenix which records show has three shareholders – Ms Woraluck ‘Yui’ Rueakchaiyakarn (who is now in the Phuket Provincial Prison), 31 year old Jakkapan Rueakchaiyakan and 50 year Yindee Rueakchaitakarn. Woraluck is the main person who has authority for the running of the company.”

Maj Gen Surachate says, “We have evidences that shows how the money was being transferred to a real Chinese owner.  The Phuket Provincial Court has issued four arrested warrants: Ms Worraluck who is a Thai nominee, Chinese man Lei Hou, who has provided most of the capital and the real company owner, Yindee and Jakkapan. They have been charged with secretly setting up a shelf company for a foreign business (Tour business).”

“Yindee and Jakkapan are now in custody while more charges are being pressed against Woraluck. Lei Hou has already left Thailand. We are now continuing the process to arrest him.”