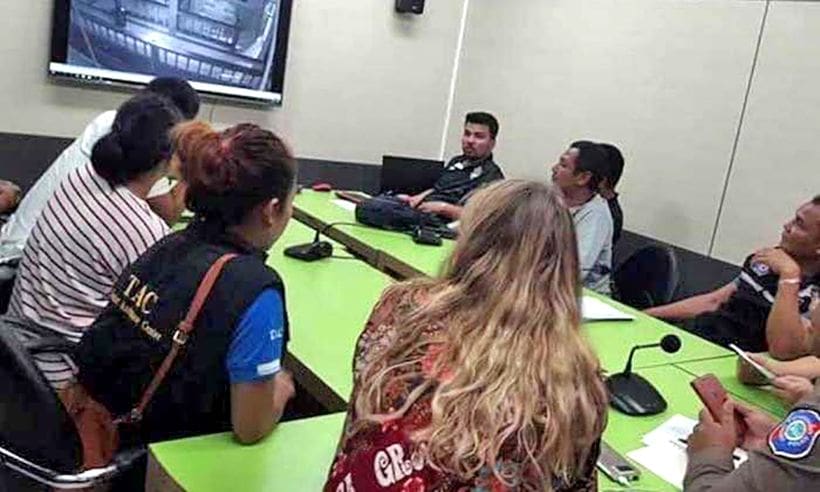 A 25 year old British woman has accepted that she was not raped on Koh Phangan as she had previously claimed. Hospital tests and CCTV indicated there was no evidence a crime had occurred.

Sanook is reporting that the woman admits that her fears were completely unfounded. She has been named only as ‘Joanna’.

Her distraught father had contacted the British embassy over the weekend to say that his daughter had been raped in her Had Rin hotel room on Koh Phangan.

The Koh Pangan police and tourism authorities were immediately contacted.

The woman was taken to the hospital for an examination. Nothing was found and toxicology tests showed no drugs in her blood or urine and there was no evidence of rape.

She was taken to the police station where an interpreter was provided from the local tourist agency and consular assistance from the British embassy were in attendance as observers.

Joanna said: “I woke up naked. My panties were on the foot of the bed and other underwear was on the bed too. My jewelry was laid out on a surface nearby. The bedclothes were piled up outside the bathroom door”.

She admitted that she didn’t remember anything from the night before – Sanook reported that she said she had been very drunk.

“I thought something must have happened to me,” she continued, saying that she suspected a fellow British man she had been talking to at a poolside party on Saturday night might be involved. Then she was shown the CCTV and other still photography.

She had been the only one to enter and leave her room during the evening in question. When presented with all the evidence she apologised to the authorities saying she must have been mistaken.

She thanked everyone involved for their professionalism and returned to her hotel.