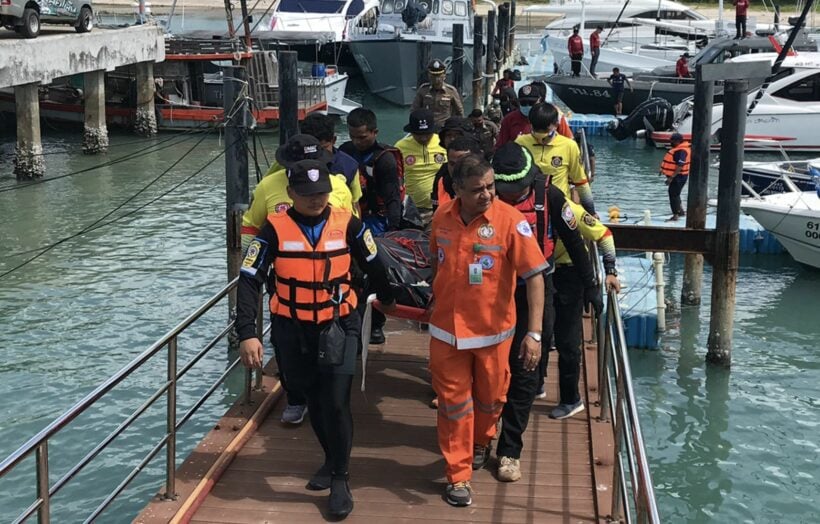 3 people remain missing following Saturday night’s ferry disaster off Koh Samui where the car ferry, Raja 4, capsized and sank. Another body of one of the crew was recovered at 1pm this afternoon. Strong currents and poor weather has been hampering the rescue and recovery operations with operations leaders worried that any more people would have been swept a long way from the scene by now.

A jet ski and drone were used today to recover the second body from the incident. They joined Army and Navy personnel, volunteers and Koh Samui police in the large-scale search operation, co-ordinated by the Surat Thani governor.

The body of the man recovered today has been identified as Siravut Thongboonyang, who was a mechanic of Raja 4. The body of the ferry’s captain Tewin Surat was recovered on Sunday afternoon.

The 3 people that remain missing are a garbage truck driver Chaichan Laosap, boat crewman Tiwakorn Vachararit, and a Raja Ferry Company staff member Naparada Chanhan. They are all feared drowned at this stage.

The ferry foundered around 10pm on Saturday might with 16 people on board. The ferry was returning from Koh Samui with 3 garbage trucks full of Samui rubbish. It was around 2 nautical miles from Don Sak pier on Surat Thani mainland. 2 other ferries in the area were alerted to the incident and were able to pluck some of the passengers to safety and transport them to hospital. The life rafts were deployed at the time but some of the passengers were stuck on the other side of the vessel when it began sinking.