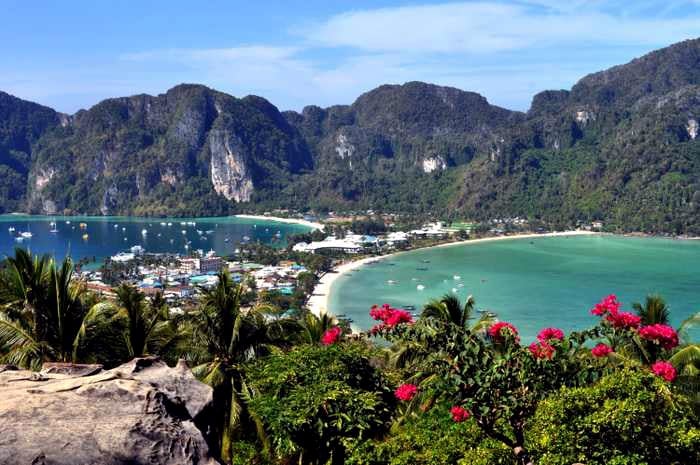 The 28 year old Russian woman (name supplied but not being made public) was celebrating the New Year’s Eve with her mother on Phi Phi.

According to the police report, she was physically attacked by a man, who she detailed as ‘tall and slim’ at about 180 cm and believed to be a foreigner, at about 2 am – 3 am on January 1.

She was unconscious for at least 2 hours at the scene until her mother was able to locate her and take her to a local clinic. The mother and daughter left the island to stay in a hotel on Phuket the following day.

The woman was still suffering, psychologically and physically, from the attack the next day and felt uncomfortable when urinating so the hotel organised for her to visit hospital.

Following a medical check, the doctor explained to the woman that her bladder is damaged and she is having to use a bypass tube to urinate. Apart from that her right leg, right foot and hips have been fractured.

The Russian tourist and her mother arrived in Bangkok on December 24 before travelling to Phuket and extended their trip to Koh Phi Phi for New Year’s Eve.

“We have received the report of the attack already but we are still questioning the woman and seeking witnesses as her explanation was unclear – we need further information. I have ordered the Krabi Police Commander as well as an investigative team from Phuket and Krabi as well as the Forensic Police to gather evidence at the scene,” said the Police Region 8 Commander.