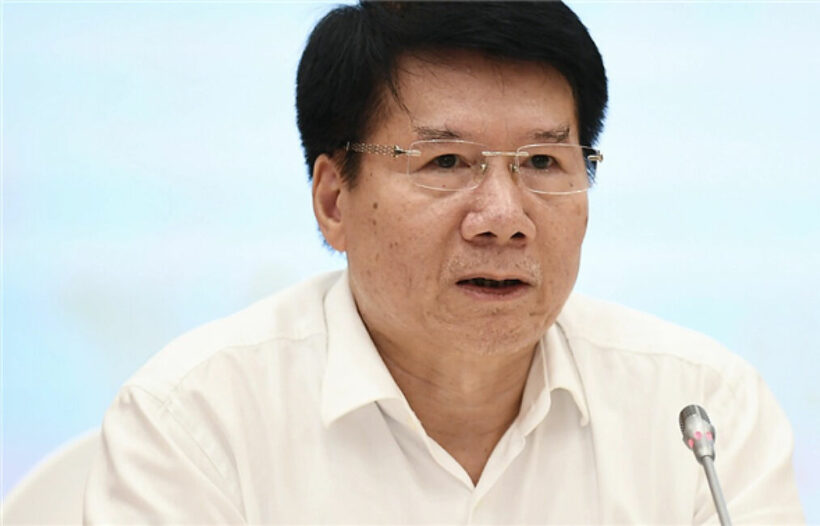 PHOTO: A deputy minister Vietnam was prosecuted for a fake meds scandal. (via VTC News)

A deputy health minister in Vietnam is being prosecuted, accused by security officials of looking the other way for a ring that was busted trading fake medication. 59 year old Truong Quoc Cuong is the current head of drug and cosmetics management in Vietnam after becoming a deputy minister in 2016.

The Ministry of Public Security in Vietnam is run by police and have prosecuted the deputy for what they described as “lack of responsibility, causing serious consequences.” The police organisation released a statement announcing the prosecution but did not specify if the deputy had been arrested, though state media outlets reported on Cuong’s detention, citing anonymous police sources.

Details are vague on the case, but the charges stem from a 2014 incident when Cuong was leading the Drug Administration of Vietnam, according to Voice of Vietnam Radio. At the time, he is said to have allowed a company to import fake medicine to sell in Vietnam, reportedly worth 54 billion Vietnamese dong (about 79 million baht).

The deputy minister himself has kept quiet during the ordeal with calls to him directly going unanswered and no response was received from the health ministry when media requested a comment. The prosecuting Ministry of Public Security also declined to make any comment or give any details regarding the case.

Jason
YOu know when a minister of the Vietnamese Government is going to get prosecuted....it really is going to happen.