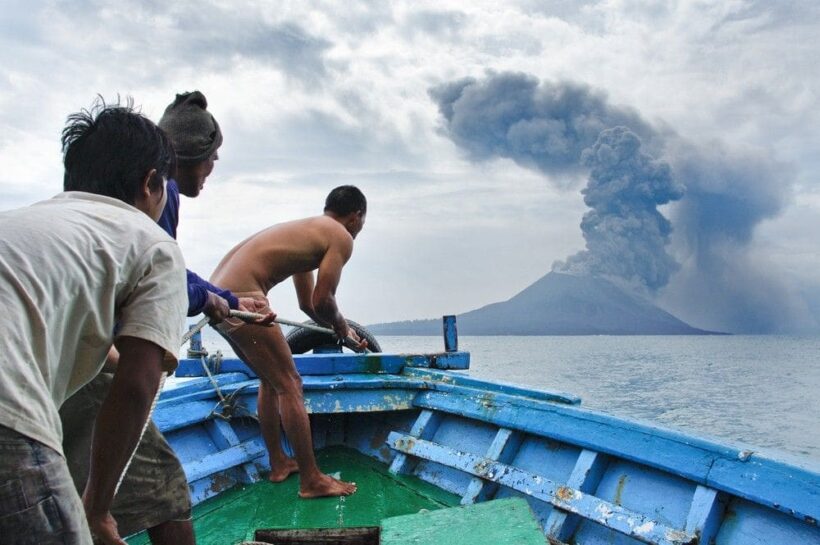 The toll remains at 20 dead and 165 injured as the morning provides light for searches after last night’s tsunami that hit the coastline around the Sunda Strait in Indonesia.

The Strait separates the islands of Java and Sumatra. Authorities say the tsunami was caused by an undersea landslide after the remnants of the Krakatoa volcano erupted.

The deaths were reported in the Pandeglang, South Lampung and Serang regions.

Officials say there are still many people reported as missing and warn that the death toll is expected to rise over the next few days. Disaster authorities also speculate that high seas as a result of last night’s full moon may also have contributed to the strength of the tsunami waves.

The Anak Krakatoa (Child of Krakatoa) volcano has been increasingly active in recent months. Indonesia’s geologic agency said that the volcano erupted for over two minutes on Friday, creating an ash cloud that rose 400 metres.

A Norwegian volcano photographer spoke to the BBC saying that he was nearby trying to photograph the active volcano….

“…just prior to the waves hitting the beach, there was no activity at all. It was just dark out there. And suddenly I saw this wave coming, and I had to run. There were two waves. The first wave wasn’t that strong, I could run from it. I ran straight to the hotel, where my wife and my son were sleeping. I looked out of the window when the second wave hit. It was much bigger.”

The island of Krakatoa erupted in one of the largest and most deadly recorded explosions in 1883. The event was recorded by numerous witnesses, destroying more than 70% of the archipelago of islands. 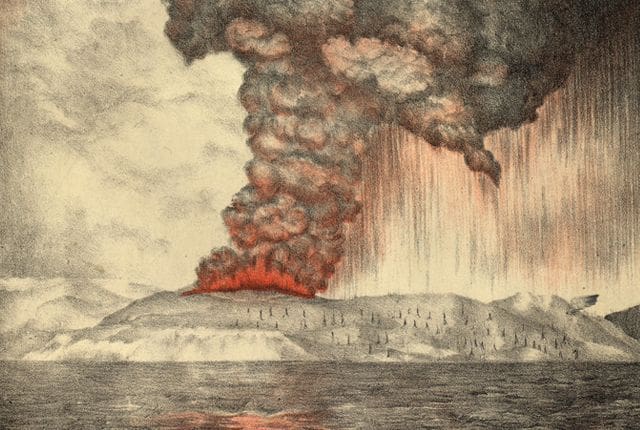