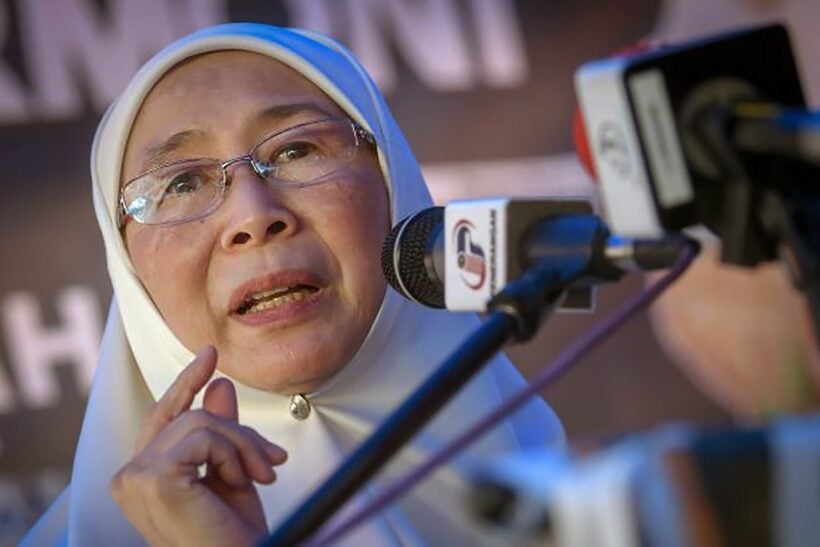 The Star Online, as a follow up to its earlier revelation about the marriage of a 41 year old Malay man to a Thai 11 year old girl, says that Deputy Malaysian PM, Dr Wan Azizah Wan Ismail, says the Government is taking the matter of the child bride seriously. She also hinted that this might not be an isolated case.

“Anyone who has knowledge of such marriages should report it to the nearest Welfare Department.

“We must make sure there is no discrimination or coercion in this marriage, especially towards the child. Our officers have gone to the house and met with the girl’s mother.

She said she was looking at the case from several aspects, such as whether poverty, education level or the family of the girl led to her getting married at such a tender age.

Women groups and social activists have lambasted the 41 year old man for taking the girl as his third wife and called on the authorities to act. They are urging the Government to take legislative action to put an end to child marriage in the country.

The Joint Action Group for Gender Equality (JAG) noted that many Muslim-majority countries have already raised the minimum age of marriage including Algeria (19), Bangladesh (18 for women and 21 for men), Morocco (18) and Turkey (18).

“The solemnisation of the marriage, which allegedly took place in Thailand, also demonstrates loopholes in our legal system that can be taken advantage of by men to take on more wives without the consent of their wives.”

According to JAG, this marriage did not nullify the fact that sexual relations with a child below 16 years is statutory rape.

JAG said the marriage violated Articles 3 and 24 of the Convention on the Rights of the Child which outlined that the interests of the child be the primary consideration in any action by the authorities.

Social activist Syed Azmi Alhabshi, who highlighted the case on Facebook, said the act was exploitation at the maximum level.

“What is the stand of the country, especially the religious authorities, on this? We cannot just let it be because the girl is not Malaysian.

The Women, Family and Community Development Ministry, in a statement, said there was no record in the courts or the Gua Musang Religious Office permitting the marriage.

It added it was unlawful for parents to marry off their children, who were under the legal minimum age, without written consent from a Syariah court’s judge.

It is an offence under Section 40 of the Kelantan Islamic Family Law Enactment, and the individuals involved could be fined up to 1,000 Ringit or jailed up to six months, or both, if found guilty.