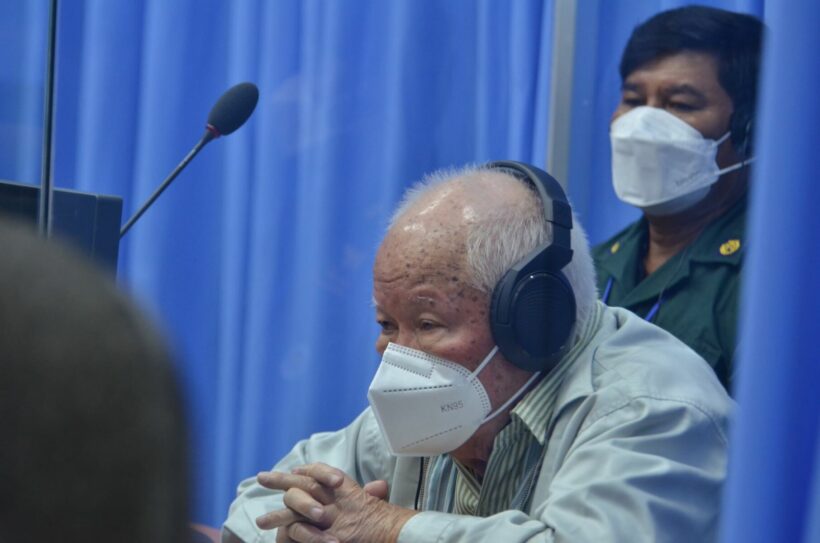 The last former leader of the radical communist Khmer Rouge regime is denying charges of genocide. The Khmer Rouge brutally ruled Cambodia from 1975 to 1979 and led to the death of around 2 million people. Some were killed in mass executions by the Khmer Rouge and some were tortured to death. Others died while they were forced to work in harsh living conditions. Some starved to death and some died due to illness that went untreated.

90 year old Khieu Sampan, the former head of state for the regime, is appealing a 2018 court ruling that convicted him of genocide and sentenced him to life in prison.

Yesterday, in the UN-backed Extraordinary Chambers in the Courts of Cambodia, he denied the charges against him and said he never wanted to commit any crime against anyone. In the lower court, he claimed he was innocent and did not know about the genocide. The appeal ruling will be handed down next year.

“I declare that I cannot accept the accusation that I was involved in a plot to commit crimes against my compatriots including the Cham, or the Vietnamese.”

Samphan is the only surviving Khmer Rouge leader. Three other former leaders were tried by the ECCC, but they died before the judicial process could be completed.

The former Khmer Rouge leader is also serving a life sentence for crimes against humanity on a 2014 conviction.

“No matter what you decide, I will die in prison… I will die always remembering the suffering of my Cambodian people.”