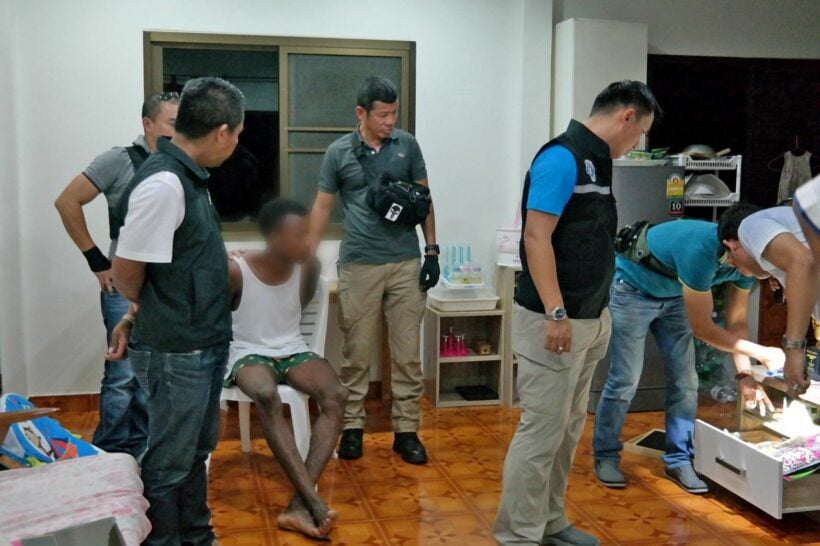 Phuket’s Police Chief has announced that the Nigerian suspect, James Chukwunweike Chijioke, the suspect for a shooting robbery in Rawai (story here https://thethaiger.com/news/suspect-arrested-shooting-robbery-rawai) will be charged with robbery and attempted murder even though he denied all the charges. The Police say they have enough evidence to prove his guilt.

Following the shooting robbery in Rawai, when 52 years old Russian expat Elena Kharenko was shot and severely injured, police arrested the suspect and found a total of 92 stolen items. Police also arrested 33 years old Sasipa “Pui” Nakhontaisong, his girlfriend, for robbery as she attempted to ship Elena’s notebook computer to her sister who lives in another province.

Police have contacted the owners of the long list of valuables seized from the suspect’s house. All victims reported that they were robbed and threatened. The thief mainly took safe boxes. Three victims have so far verified their valuables including 2 Thais and a Canadian.

After using the CCTV camera footage to follow the suspect and receiving detailed information from the Russian victim, police say they have enough proof to continue the suppression progress.

Police also reported that the suspect had been staying illegally in Thailand.