Expert believes that Yanui, the much-travelled crocodile, is a mix crocodile. However more DNA tests are being conducted.

The ‘Yanui’ crocodile (named by local Phuket reporters after the original beach it was sighted) was caught at Layan Beach early on July 29 after more than ten days of search operations, sightings, drone photos and lots of people pointing out to sea – from Yanui beach in the south all the way to Layan Beach off Laguna.

Yanui is a female crocodile aged around 6-7 years old,  measuring 2.5 metres and weighing about 150 kilograms.

Khun Montri says, “After we physically checked Yanui, we have found that the mouth is narrow. Yanui has big scales on her occipital bone and small scales on the side of her body. So at this stage we believe that Yanui might be a mixed breed crocodile, but more of a Saltwater Crocodile. However we will confirm the precise species after further DNA tests.”

“Yanui can move very quickly. She is very strong and has a good response (obviously a good swimmer!).  Some scratches can be found on her body from when she was caught. A lot of moss was also found on Yanui. This suggests that Yanui was being kept in still water for long time.” 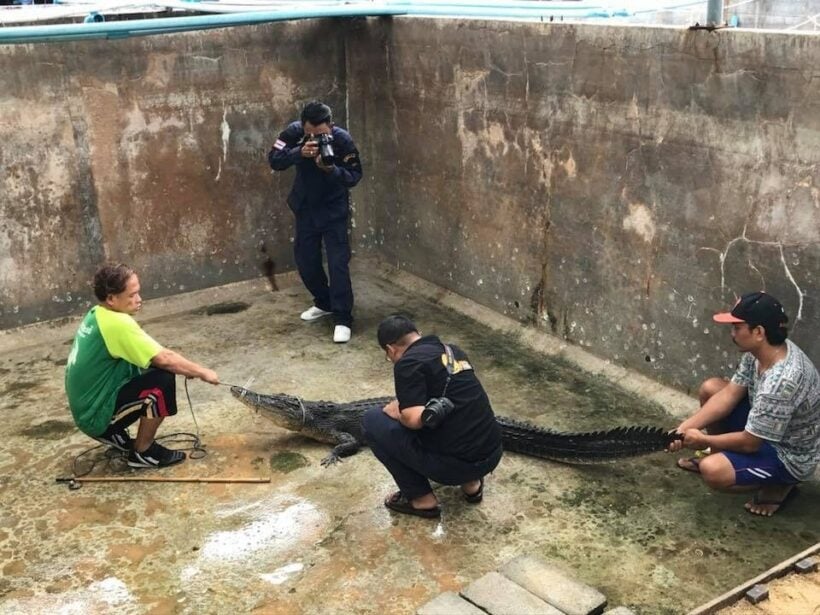 Ban for jet-skis and parasail rides continues until August 14