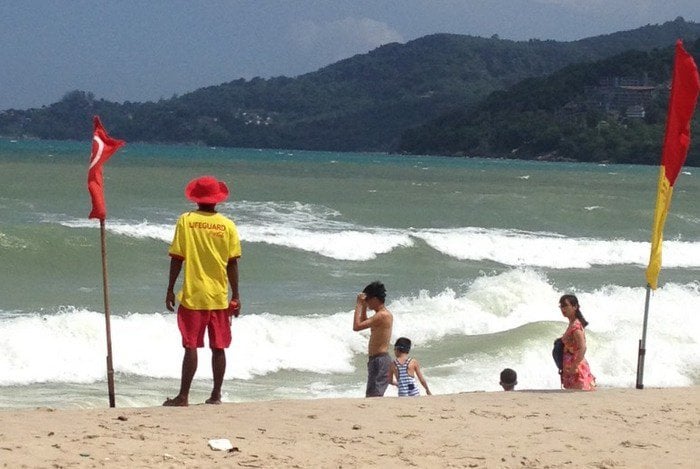 PHUKET: 60 volunteer lifeguards completed their training this past week, adding to the ranks of Phuket’s lifeguards during the dangerous southwest monsoon season.

“Most of the volunteers are hotel beach employees who would likely get a chance to rescue people from the sea. However, ordinary people have also volunteered,” Phuket Lifeguard Club President Prathaiyuth Chuayuan said yesterday.

Mr Prathaiyuth explained that the training is divided into three levels: basic, intermediate and advance lifeguard skills. After five days of training, volunteers get a certificate for the group they joined with these being: Basic Surf Lifesaving, Surf Rescue and Bronze Medallion.

“These volunteers are mostly from Phuket, though some have come from Khao Lak and even Surat Thani. Actually, four of the five women who joined the training this year are from hotels in Krabi.”

The training was organized by the Phuket Provincial Administration Organization (PPAO) with the help of members of Surf Life Saving Australia. Among the trainers are personnel from the Third Naval Area Command and the Phuket Marine Police.

“We will hold another training session during the southwest monsoon season next year. The reason we hold the training at this time of year is so that volunteers get real experience in real conditions, which will make them more effective,” Mr Prathaiyuth said.

Chasing down breeze on Day 2 of Phuket Raceweek