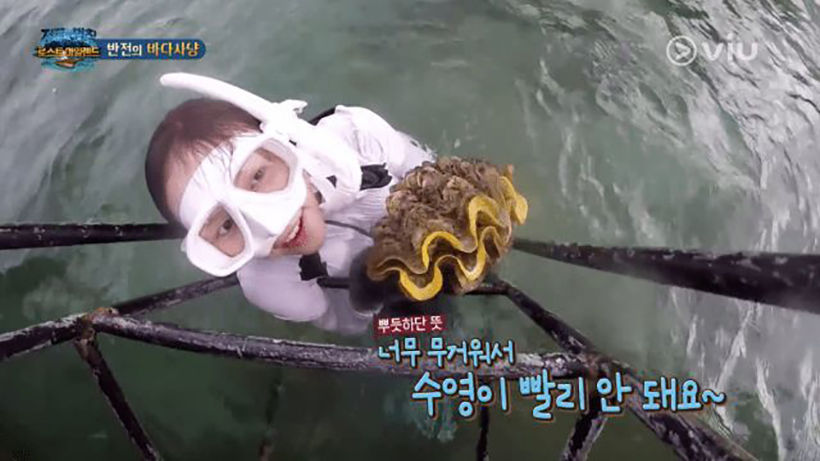 Thailand’s ‘Post Today’, is reporting that South Korean TV viewers were dismayed when they learned that the production crew and cast of the SBS Television show “Law of the Jungle” had caught protected giant clams while filming the series in Thailand. The topic has become a trending social media topic in Korea.

Korean news agency, Yonhap, who interviewed the South Korean Ambassador to Thailand, says the South Korean Embassy is looking into the details of the matter and will coordinate between Thai officials and the production company.

At the end of the interview, viewers expressed anger with the production company and the actors participating in the reality TV series. Some called for an end to the show. Some said it was not Lee Yeol Eum’s fault and the producer should be held responsible because it is the producer’s job to know about all related laws and regulations in countries in which they film the show.

A viewer asked that the company to take full responsibility, calling the incident “very disgraceful” adding that the program “must stop now.”

Another South Korean news agency, YTN NEWS, questioned whether the Thai production coordinator, known in the TV and film business as the ‘fixer’, had made sure that the crew was aware of the relevant laws.

The fans on Korean drama and music website, allkpop.com, also expressed disbelief that the Korean filming crew did such a bad thing, saying “Wow! This is not a matter of innocence, it’s a total ignorance of the existing Thai laws, showing the worst kind of disrespect for the Thai legal system by the team.”

Readers on CAN, Singapore, also expressed outrage at the act, saying “The producer must be prosecuted under Thai law,” and that “The actress must not have been aware of the law to do such a thing”. Another reader, however, pointed out that ignorance of the law excuses no one”

Meanwhile, the Department of National parks, Wildlife and Plant Conservation (DNP) released a statement on its Facebook page last Monday (July 8) to confirm that the production crew did not have the correct permits to film at some locations and legal steps are being taken. 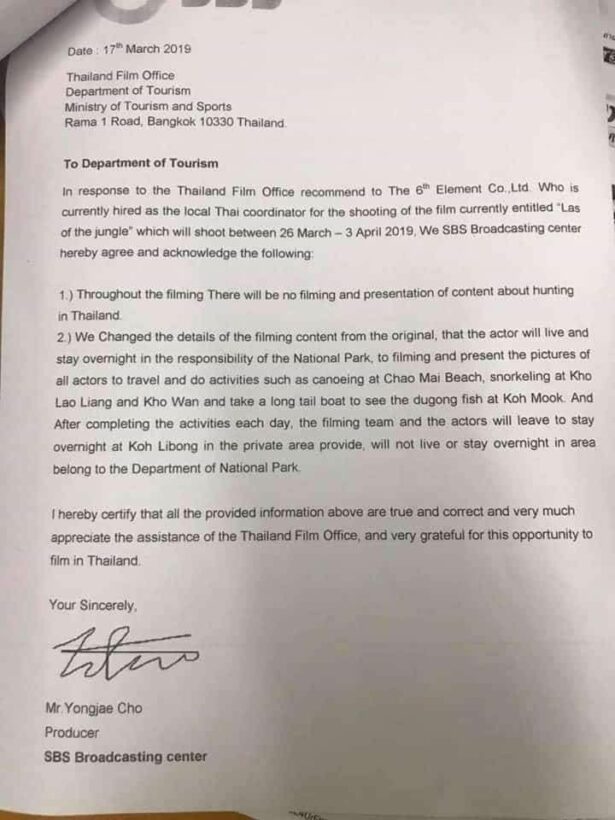