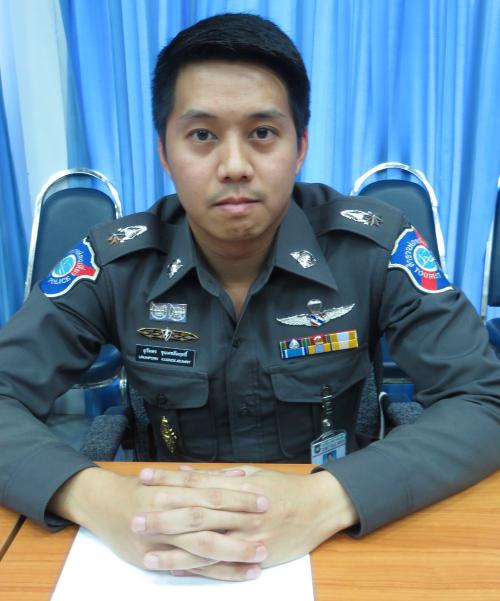 PHUKET: The chief of the Phuket Tourist Police has branded allegations that three of his officers extorted 20,000 baht from an Italian man in Patong as a “big misunderstanding”.

The news follows protesters staging a blockade of the Patong beach road last weekend after word of the shakedown spread through the resort town.

“The case will not be pursued because a complaint was not filed,” Phuket Tourist Police Inspector Urumporn Koondejsumrit told the Phuket Gazette.

The allegations spread last Friday night after an Italian – who declined to be named – was stopped while helping a friend clean up his restaurant on the Patong beachfront road.

He could not produce one.

“After negotiations, the foreigner agreed to pay 20,000 baht. The police then [allegedly] told him they would arrest him if he did not pay them 5,000 baht every month,” said Mr Tanin.

Patong residents heard of the alleged shakedown last Saturday and staged a blockade of the Patong beach road near the Tourist Police office (map here) to protest the corrupt officers, he added.

“They accused the officers of illegally collecting money and wanted them to come outside and apologize for what they did,” Mr Tanin said.

Joined by Patong Police Superintendent Chiraphat Pochanaphan, Phuket Provincial Police Deputy Commander Peerayuth Karachedi and Maj Urumporn, Mr Tanin appealed to the protesters to re-open the road and arranged for the involved parties to meet at the station on Monday.

“At the meeting, the officers returned the money in exchange for the foreigner not filing a formal complaint against them,’ Mr Tanin said.

“The police assured the foreigner that this would never happen again.”

Maj Urumporn rejected the allegation that a deal had been struck to protect Tourist Police officers from facing extortion charges.

“We have no time to illegally collect money from people. Our main duty is to take care of residents and tourists, not to cheat them,” said Maj Urumporn.

“We have not received orders from Tourist Police headquarters in Samut Prakan to investigate the situation or to file a report.

“We will investigate this further only if we receive such orders or if the foreigner files a complaint,” Maj Urumporn said.

Owners of abandoned Phuket resort refuse to give way