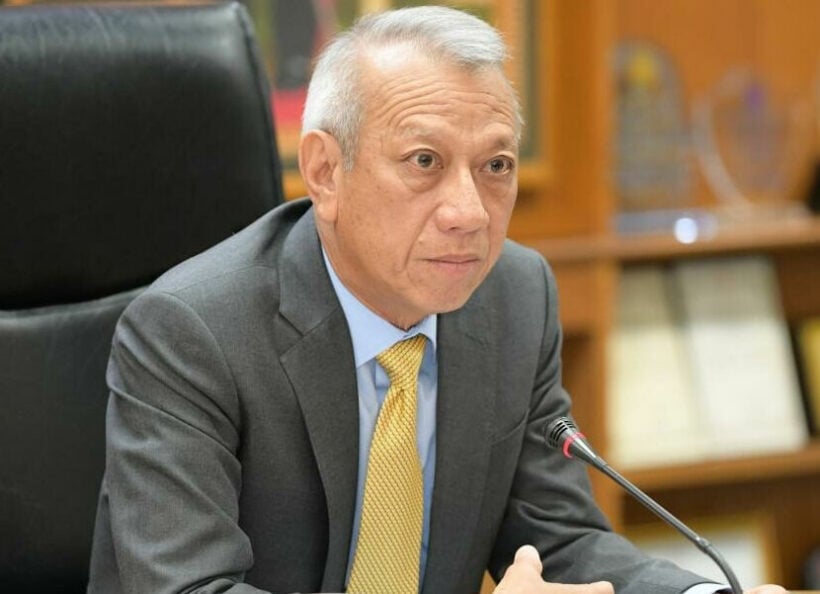 By the conclusion of a meeting in Phuket this afternoon the only confirmation was that the July 1 date for a re-opening of Thailand, via the Phuket sandbox was “still on”, according to Bill Barnett from c9hotelworks.com who attended the meeting. More details when they emerge. Bottomline, nothing is confirmed until the Thai Cabinet discusses the issue, probably Tuesday, and then gets rubber-stamped in the Royal Gazette.

The governor of the Tourism Authority of Thailand Yuthasak Supasorn has pulled out of a meeting this afternoon which was to be the announcement of all the details for the Sandbox plan – the reopening ‘plan’ for Thai tourism. The meeting also had the Phuket Governor and the president of the local chapter of the TAT in attendance.

With all the hullabaloo around the July 1 Phuket Sandbox reopening that will definitely maybe possibly probably not surely happen, newsreaders should be prepared for a month of flip-flopping, confusing, and contradicting stories. Today Siam Rath reported that Thailand’s Tourism Minister has commented that the reopening will not happen on July 1.

At a meeting of tourism officials in Bangkok including the deputy governor of Surat Thani and representatives from Koh Samui, Koh Phangan, and Koh Tao, Thailand Tourism Minister Pipat Ratchakitprakan was quoted by Siam Rath as saying that Phuket is unlikely to be ready to reopen by the first of next month. He reportedly stated that reopening will happen on August 1 instead.

The Thaiger hasn’t been able to independently verify the comment.

The representatives from the eastern islands proposed a Samui Sealed Route plan that would create a corridor between Phuket and the islands. They suggested arriving tourists could spend July 1 to 7 in Phuket and then board a Bangkok Airways flight straight to Koh Samui, where they could spend their second week.

Travellers would be tested 3 times as originally proposed, but now in Phuket and Samui, and then be free to travel in the rest of Thailand after the 2 weeks. The plan would spread tourism revenue around the country a bit, but also soften the blow of the 2 week waiting period by allowing tourists to wait in 2 locations.

But when they proposed the plan, the Tourism Minister reportedly responded by saying the idea was good, but Phuket was not ready yet for reopening. He was quoted as saying that the plan could be launched starting August 1 instead.

This startling revelation, while not at all an official announcement, is very contrary to a concerted push by government officials to charge full steam ahead on the Phuket Sandbox reopening scheme, despite a growing list of factors fighting against the plan. The estimate of returning travellers entering Thailand via Phuket was recently reduced again, this time halved to about 14,000 people as vaccine delays, increased restrictions, and bar closures dissuade people from visiting.

NOTE: The Thaiger believes that the Sandbox plan WILL go ahead, no matter what. There is now too much political capital and face invested in the scheme for it to fail. We will see.

King Cotton
41 minutes ago, Thaiger said: flip-flopping, confusing, and contradicting stories Thai officialdom defined. Okay, TTM Pipat, you've had your two days of causing a stir . . . watch the stairs as you leave. Right, next please.
seaboyd
They say this crap like reporting the weather!  I have a paid airline ticket from US; I have booked the 15 days hotel and I have booked a car. On top of that we have to come up with documentation…

King Cotton
@seaboyd Hi, seaboyd . . . welcome to T-T! Sorry and sad to read of your planned travel dilemma and sorrier still that you evidently put your trust in the Thai health and travel authorities when, as you now realise,…
LoveChef
I was very tempted to book a holiday last week, and then I read this story, along with seeing the airfares from SFO, and I decided to hold for a while. All things considered, I think I will wait and…

King Cotton
@LoveChef Hi, LoveChef and welcome to T-T! Sadly similar to my answer to the previous post, I can only agree with your hesitancy to process travel arrangements to the 'sandbox', Phuket, presumably. Waiting it out is probably the wisest option .…