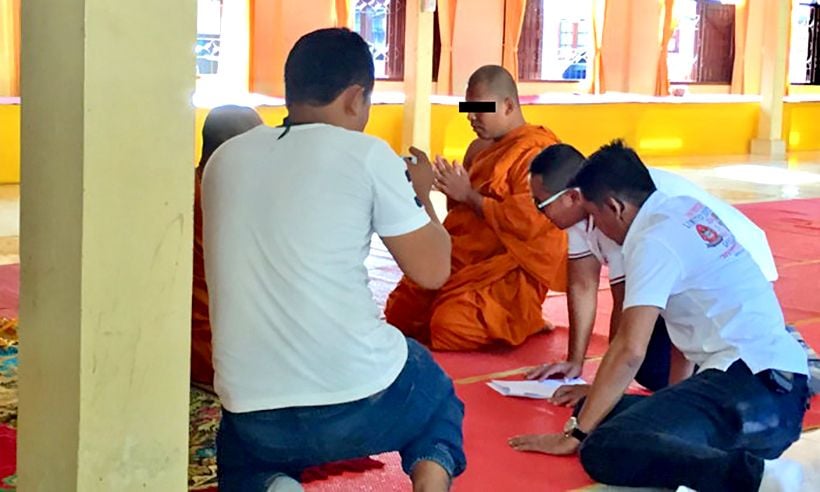 Surat Thani police have served an arrest warrant on a 35 year old monk at the Wat Dang Nai.

The arrest of the monk follows an official complaint made by a parent to police back in April who claimed her 13 year old son had been molested by the monk after ordination during the hot season.

The parent alleges her son was groped, kissed and had his genitals fondled by the monk. Phra Mongkhon denies the allegations.

Sanook says that the case has taken time as police had to gather evidence against the monk. In the meantime he has now been defrocked and faces prosecution.

Drugs-in-book being sent to Phuket, seized in Songkhla