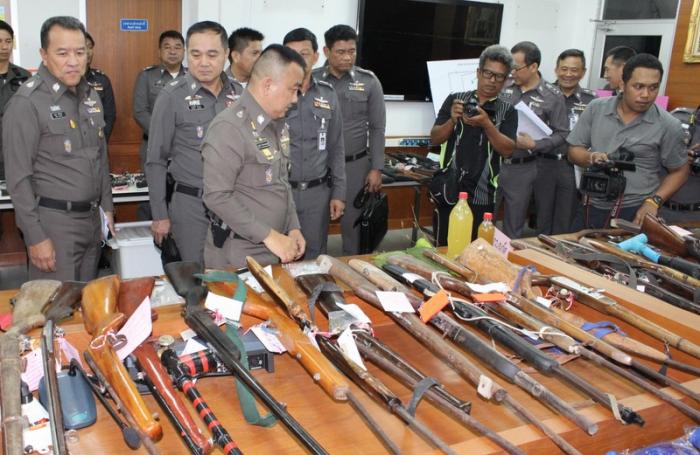 PHUKET: More than 1,500 arrests related to drug, illegal firearms, gambling and other criminal activities were made in Phuket and the surrounding provinces between April 1 and 17.

“In the raids, a total of 171 suspects were arrested for firearms offences. A total of 165 unregistered guns were seized along with 750 rounds of ammunition, as well as two bombs and two war weapons,” said Royal Thai Police Deputy Commissioner Srivara Ransibrah- manakul yesterday.

A total of 692 people were arrested in drug-related cases.

A total of 85 suspects were arrested in gambling cases, while 775 suspects with outstanding arrest warrants were caught.

The general said that a number of ‘influential people’ involved in 16 criminal cases were also captured and taken in for questioning during the Songkran dragnet, under orders from the National Council for Peace and Order (NCPO), for crimes related to loan shark operations, casinos, human trafficking, illegal weapons trading and other fraudulent activities.

Tickle your tastebuds at Saphan Hin